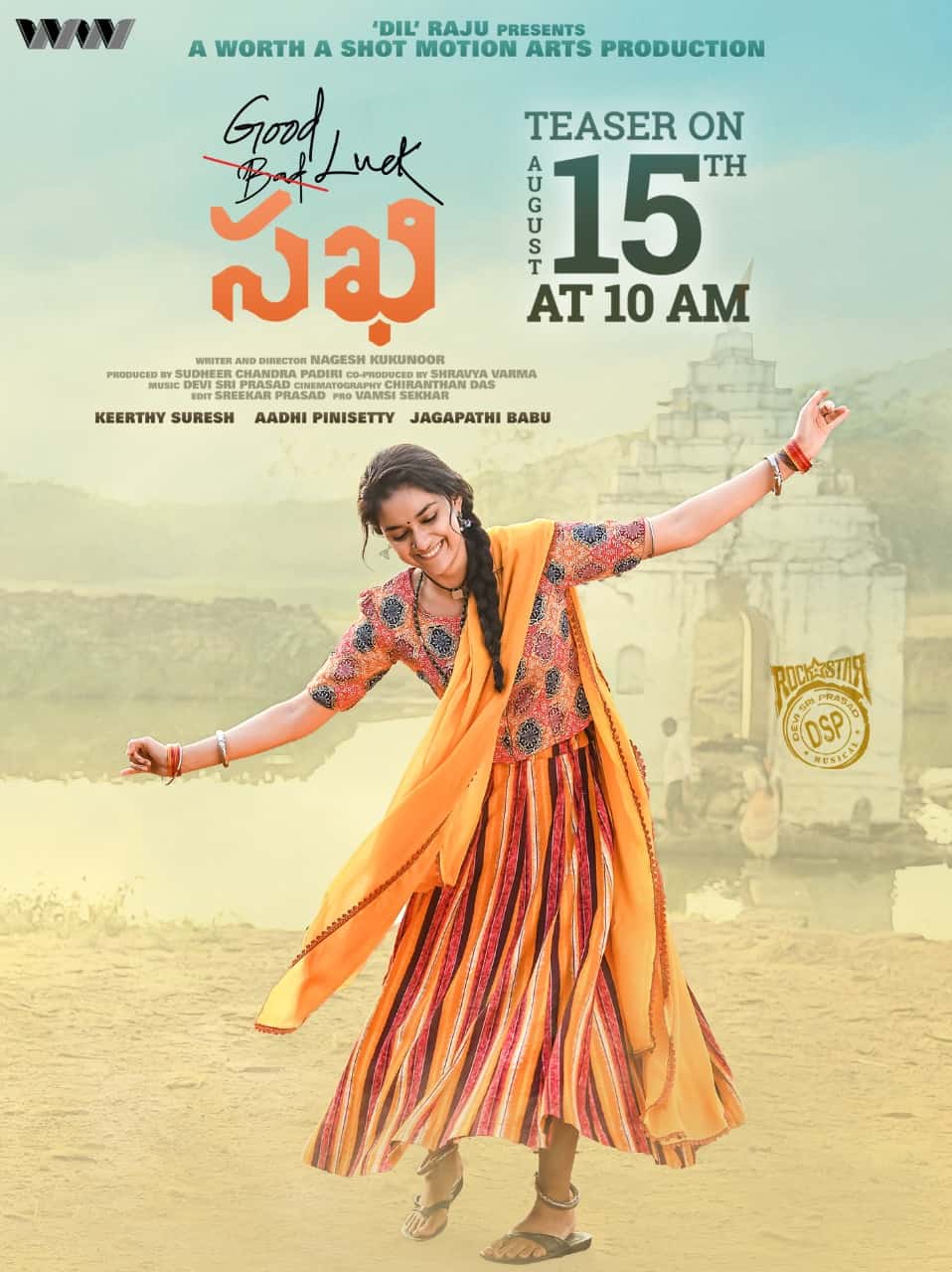 Keerthy Suresh is coming up with yet another heroine oriented film Good Luck Sakhi. It’s a sports drama film where she will be seen as a shooter. Keerthy will show her shooting skills on Independence Day as teaser of the film will be out on August 15th.

The announcement poster sees Keerthy Suresh shaking her leg in contentment. We can see village setup in the backdrop with a small temple, pond and hills.

Aadhi Pinisetty is paired opposite Keerthy Suresh and Jagapathi Babu will be seen in an important role. The film directed by Nagesh Kukunoor is backed by Dil Raju. Devi Sri Prasad is rendering tunes for the film bankrolled by Sudheer Chandra.