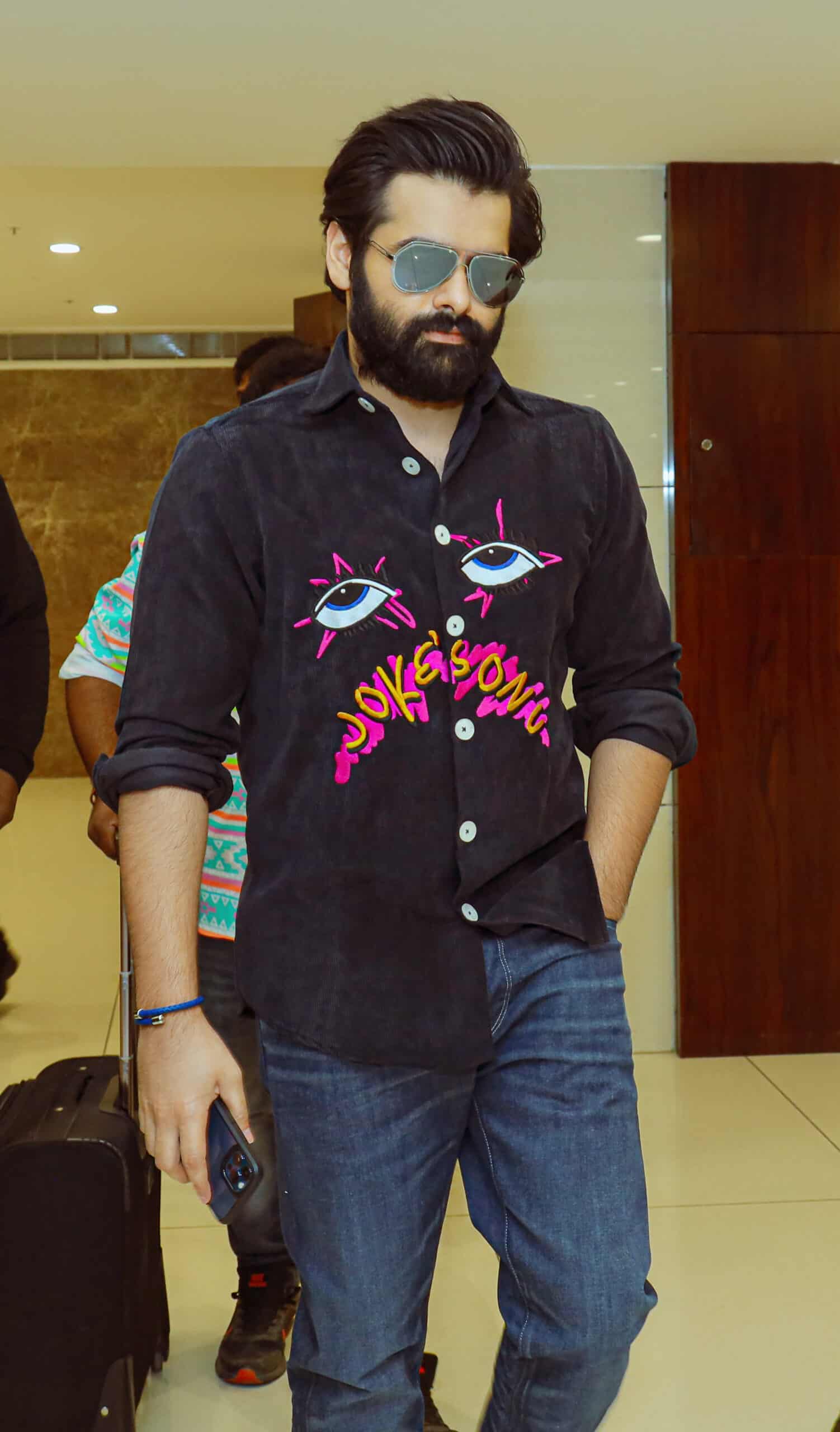 Ram Pothineni is taking the ultra mass route with his next film which will be directed by star mass director Boyapati Sreenu. This pan India project was announced a while ago and it is set to hit the floors.

Meanwhile, Ram has started the mass transformation for his role in the Boyapati Sreenu directorial. He appears to be getting in the right shape for this mass actioner.

In the newly surfaced snaps of Ram, the handsome actor is seen sporting thick beard and lengthy hair. It can be understood that he is getting ready to sport a mass look in the film.

Ram looks classy and massy in a black shirt and aviators. His new look does catch the attention right away as this is the first time he is nailing a full beard and Mass look. He also appears to have gained a slightly bulky look for the film.

Ram-Boyapati film will commence the shoot towards the end of September. More details about the same will be out soon.