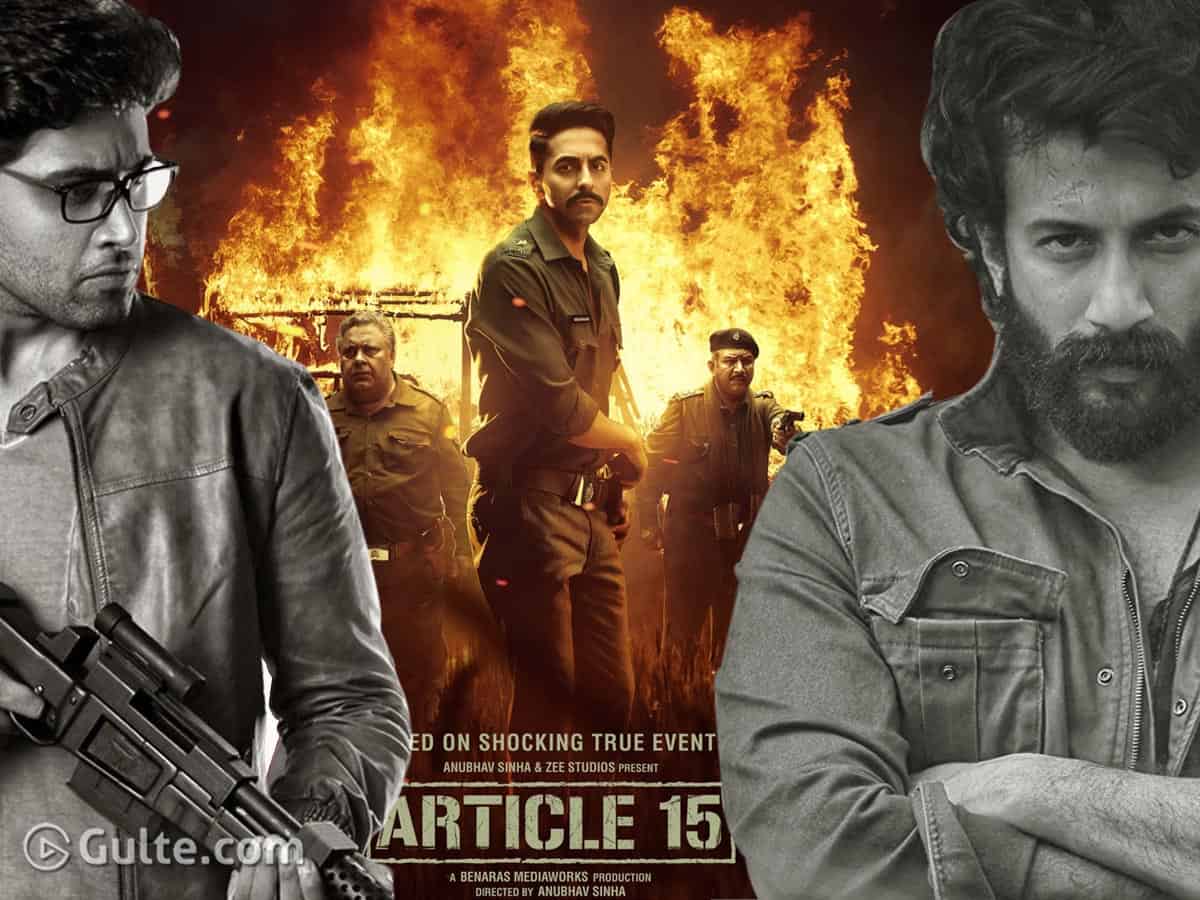 Remakes are a lot in craze nowadays and many Telugu actors and filmmakers are buying rights of films from other languages to remake them in Telugu.

Recently, there have been a lot of speculations on who will be playing the lead role in the Telugu remake of Bollywood blockbuster film ‘Article 15’ in Hindi which has done amazingly well at the box office, with Ayushmann Khurrana in lead role.

Names of Adivi Sesh and Satya Dev are doing rounds when it comes to playing the lead role. Reports claim that Sesh has agreed to be part of this film as he is someone who looks good and fits into the shoes of a cop. Sesh already has Major and Goodachari 2 in his kitty.

Also, Satya Dev, who is basking on the success of Uma Maheshwara Ugra Roopasya is said to have been approached for the same role. An official confirmation is awaited.

Also, rumours suggest that the film is being remade in Tamil as well and Dhanush has signed in to play the lead role.

Directed by Anubhav Sinha, the film stars Ayushmann Khurrana as a cop from the high caste of the society. This film is pretty much closer to the reality and the real world as it gives us a glimpse of how the caste system is India has taken many lives.