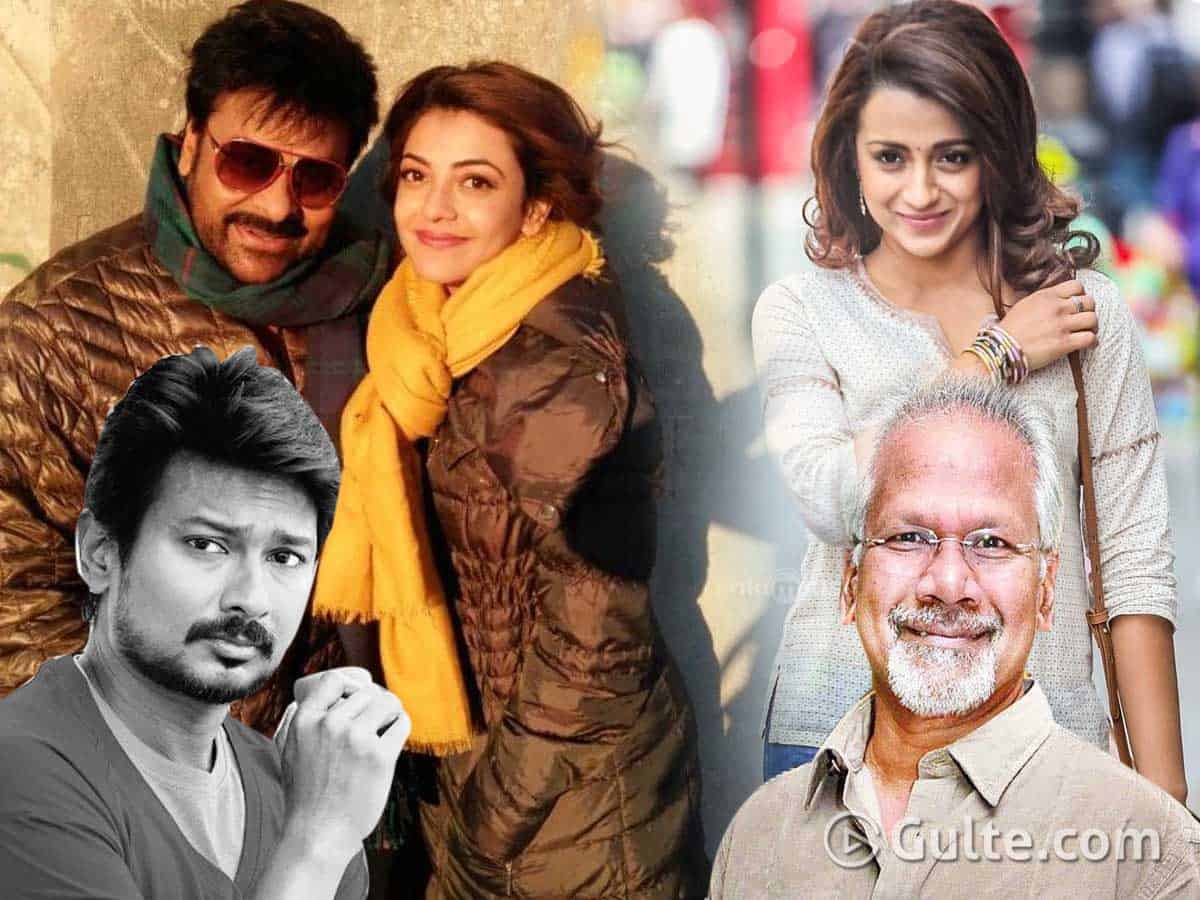 Almost eight years ago, Chennai beauty Trisha Krishnan lost her grip on Tollywood as she is completely out of sight since then. With none of her Tamil dubbed films also working out here, the actress took a total break. But then, Megastar Chiru’s Acharya is said to be a major comeback for her, until she walked out of it.

While Trisha claimed that creative aspects regarding her role have made her walk out, Chiranjeevi cleared the air saying that she picked Maniratnam’s upcoming movie over his film. And then, Kajal Aggarwal replaced Trisha in the social drama being directed by Acharya. But to get into this Megastar starrer, even Kajal has to ditch some other project like how Trisha did to Chiru, they say.

Apparently Kajal was supposed to team up with Udhayanidhi Stalin for a movie in Tamil. As this hero is known for bringing top starlets into his films, he is said to have picked her for the upcoming movie whose shooting will start the moment lockdown is lifted. Now that Kajal has given dates to Acharya, she has to exit that film.

The point is, if Trisha ditched Chiru for Maniratnam, Kajal ditched Udhayanidhi for Chiru. Well, that explains, heroines do pick films based on the craze they will be getting with that particular movie, but not based on any other factor.