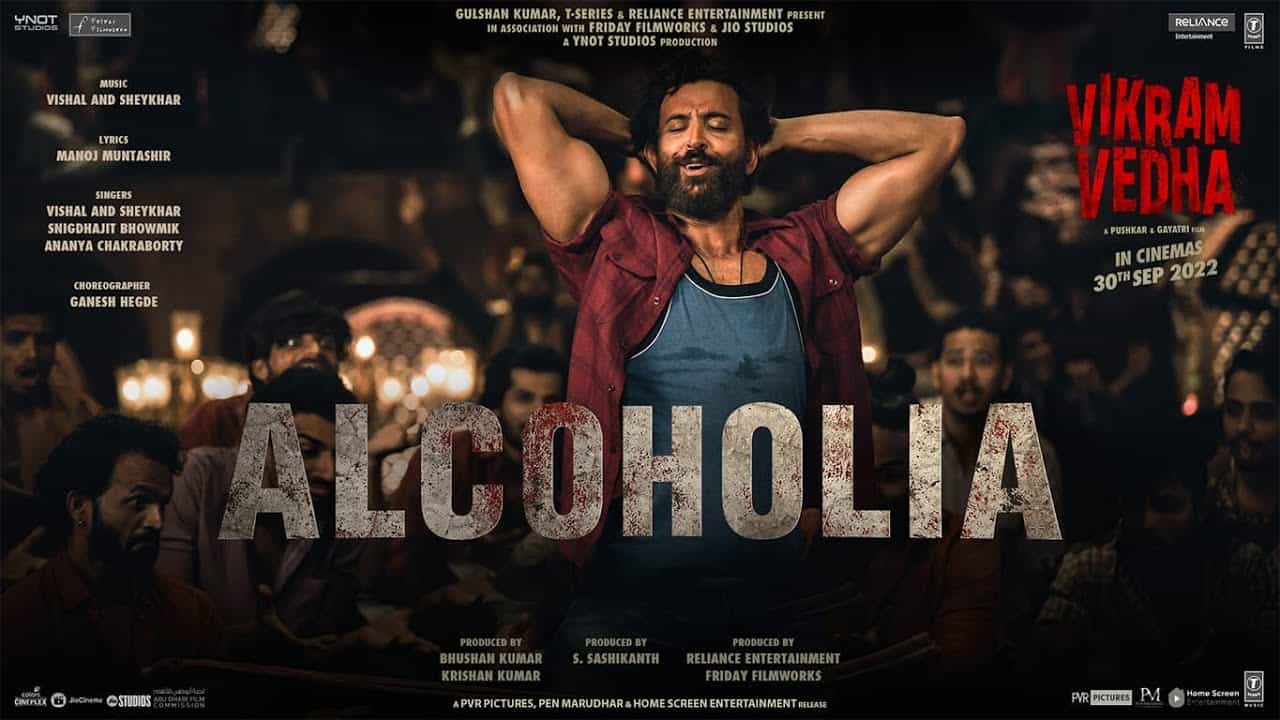 Star hero Hrithik Roshan is all set the surprise the Bollywood audiences with his terrific reprisal of the role played by Vijay Sethupathi in the original as “Vikram Vedha” is getting ready to release in theatres this month end. And today, the makers of the film have released a song from the film, which is taking his fans by storm.

Directed by the original filmmakers Pushkar and Gayathri, already the trailer of “Vikramvedha” featuring Hrithik Roshan and Saif Ali Khan got all the attention. Now, the makers have come up with the ‘Alcoholia’ song where Hrithik could be seen dancing at his best. THough the song composed by Vishal-Sekhar is catchy, surely it is Hrithik’s graceful dance with the attitude that got the attention.

On the other hand, with none of the latest big films working at the Bollywood box office while Brahmāstra posted some big numbers, the trade circles are eagerly waiting for the release of Vikram Vedha to stun the audience as well as filmmakers. Going by the massy trailer, it looks like Vikram Vedha is going to be a sure shot hit at the box office. Let’s see what happens.