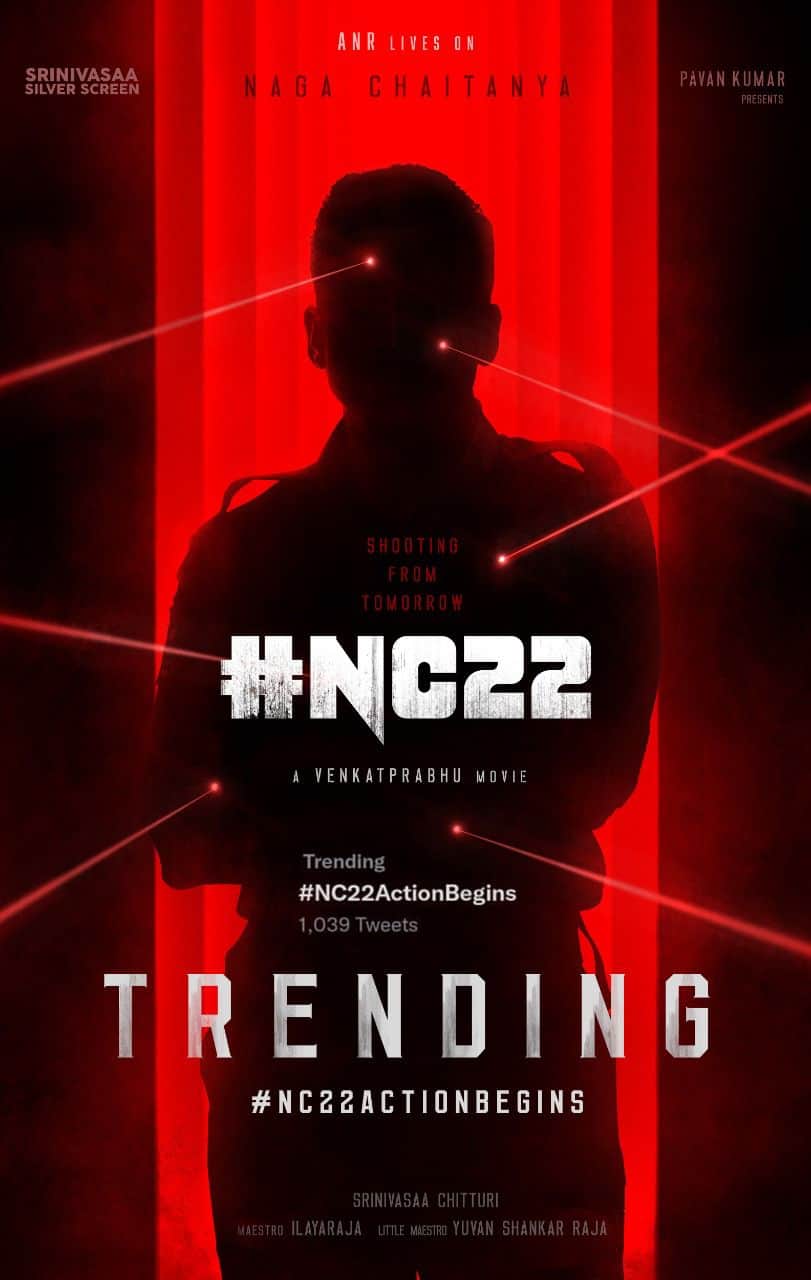 Talented actor Naga Chaitanya has teamed up with sensational director Venkat Prabhu, who predominantly works in the Tamil industry, for his next. The untitled flick marks Chaitanya’s 22nd film. The new film is a Tamil-Telugu bilingual project. It will also be Venkat’s first Telugu directorial.

The film has sparked strong interest since its announcement. The makers have announced that the film’s regular shooting will begin tomorrow in Ramoji Film City in Hyderabad. Naga Chaitanya can be seen standing firm in the black outline with few targets aimed on him, in the poster. The intense vibe is sure to raise hype on this unique and crazy combination.

Krithi Shetty is playing the female lead. Maestro Ilaiyaraaja and his son Yuvan Shankar Raja will be scoring the music. Srinivasaa Chitturi is producing the movie under Srinivasaa Silver Screen.