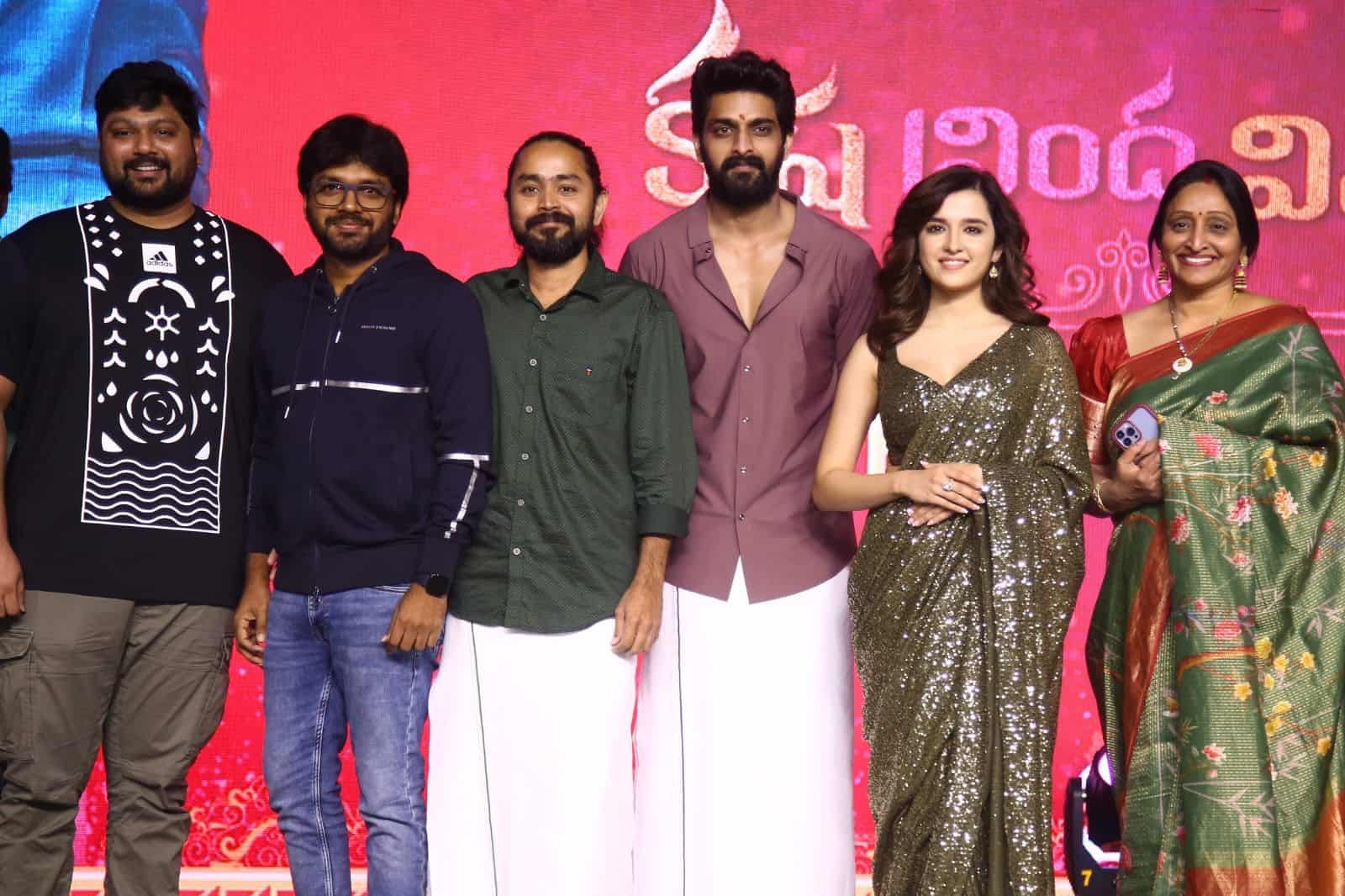 Naga Shaurya turned very emotional during the pre-release event of Krishna Vrinda Vihari, as he recalled an incident during his Padayatra. Star director Anil Ravipudi and few others graced the occasion.

Anil Ravipudi said, “I share good rapport with this entire team- Anish Krishna, Sai Sriram, Tammiraju and Naga Shaurya. I liked the trailer. Good thing about Anish is he flashes smile every time. Producer Usha and Shankar are like a family. They take best care of entire team. Shaurya is a most hard-working hero. I eish, Krishna Vrinda Vihari will become biggest hit in his career. There are few genres which will be very apt for Shaurya. Hope, he’ll pick more such scripts. Shaurya’s Padayatra is a good idea. Vijayosthu…. Digvijayosthu…”

Naga Shaurya said, “It took 2.5 years for Krishna Vrinda Vihari to complete due to covid. My parents who are producers of the film waited for right date and paid interests patiently and held the film so far. I feel proud to say that, it’s my dad and mom’s production house. They floated it for me and my friend. They will continue to make movies with other heroes. They took wonderful care of everyone, even during covid. They didn’t bother about budget. Anish is a sweet heart and I changed a lot in the process of working with him.

The film was good until a crucial sequence and we’re unable to crack it. We thank Lakshmi Bhupal, who penned the sequence. It will be the best episode in the movie. Mahati is a good friend who knows in and out about me. Shirley acts well, and is a good singer. I told my makers that I won’t do the movie, if Radhika garu doesn’t accept to do it. I told the same to her as well. I call Anil Ravipudi. He came for pooja ceremony, met us during the making and came today for pre-release. I thank him so much.”

Naga Shaurya made an honest to appeal to audiences. “I’d humbly accept the result of audiences of this film. Be it hit or flop, I’ll accept the verdict of audiences. The film is an honest attempt. Do come and watch the film in theatres. You won’t be disappointed.”

Shaurya finally revealed the incident that disturbed him so much. He spoke about a person whom he met at his Padayatra who spoke to him sarcastically about easy money-making. Shaurya revealed that he didn’t have a car or own house, before he stepped into the industry. Shaurya also spoke highly about the industry and how it is providing opportunities to many.

“Whether it’s doctors or software engineers, they need to bring their own lunch boxes. But it’s only film industry which provides food to artists and technicians, besides offering wages. Being part of this industry, I feel very proud. I’m really sorry, if my statement upsets any.”