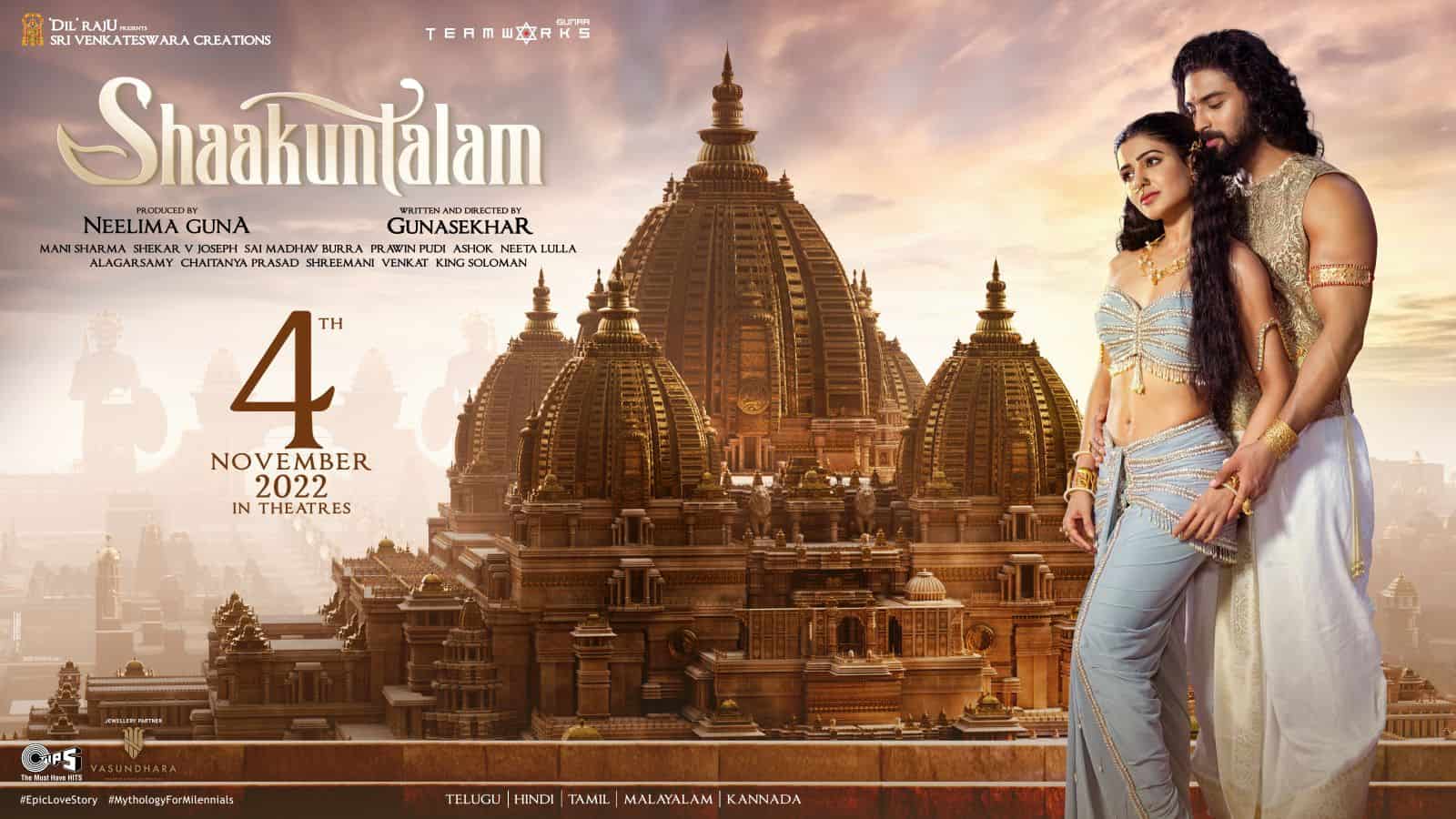 Shaakuntalam, the forthcoming film by star filmmaker Gunasekhar, is one of the most eagerly awaited movie. samantha Ruth Prabhu portrays the title character in this legendary play. In the film, she portrays Shakuntala. Dev Mohan, a malayalam actor, plays king Dushyanta.

After wrapping up filming, Shaakuntalam is currently in the post-production phase. The film has already reached everyone’s heart and mind with the first look posters. Now the makers delighted the audience with release date announcement.

The much awaited Shaakuntalam which is based on internationally acclaimed Kalidasa’s Sanskrit play ‘Abhijnana Shakuntalam’ is all set to release on November 4, 2022 in Hindi, Telugu, Tamil, Malayalam and Kannada.

The film is bankrolled under Guna Teamworks. Neelima Guna is the producer. The initiative is being presented by dil Raju under Sri Venkateswara Creaatons. The music is composed by Melody Brahma Mani Sharma.

With her exciting lineup, samantha Ruth Prabhu has had her audience on edge. Her upcoming ventures include the eagerly anticipated mythical drama Shaakuntalam. In the movie, she will be seen in the lead role of princess Shakuntalam.