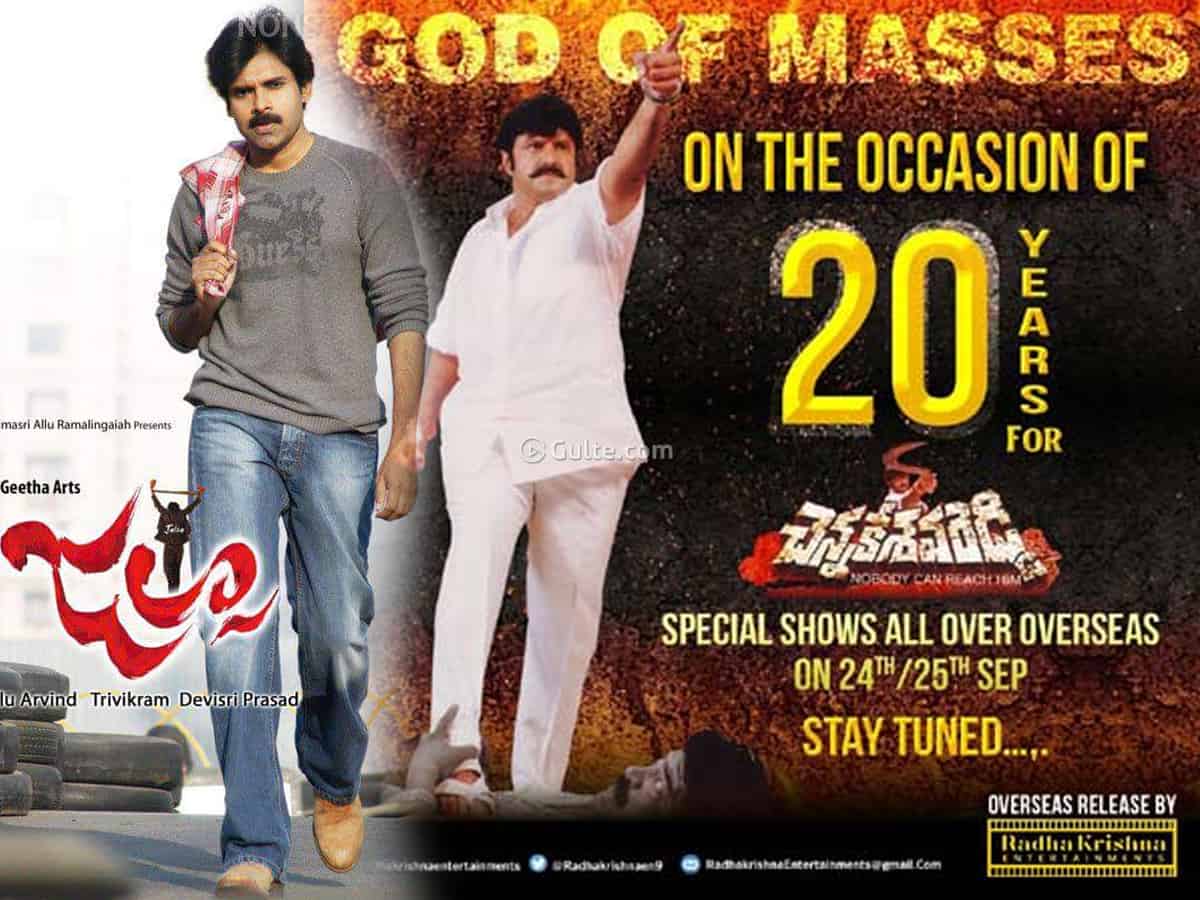 Re-releasing old films is turning out to be a great formula in the Telugu film industry. Fans are relieving the nostalgia and are experiencing the euphoria of these blockbuster films once again.

On the occasion of its 20th release anniversary, Chenna Kesava Reddy is being screened across the world. Especially the film has set the USA box office on fire.

Chenna Kesava Reddy was released in over 38 locations, and more than 100 shows were screened. According to the trade reports, the film collected more than $45k through these special shows. With this, Chenna Kesava Reddy broke the re-release records of Jalsa ($38k) and Pokiri ($16k). Nandamuri fans are elated to break all the existing records.