“I and Chiranjeevi will score hits on 5th Oct” 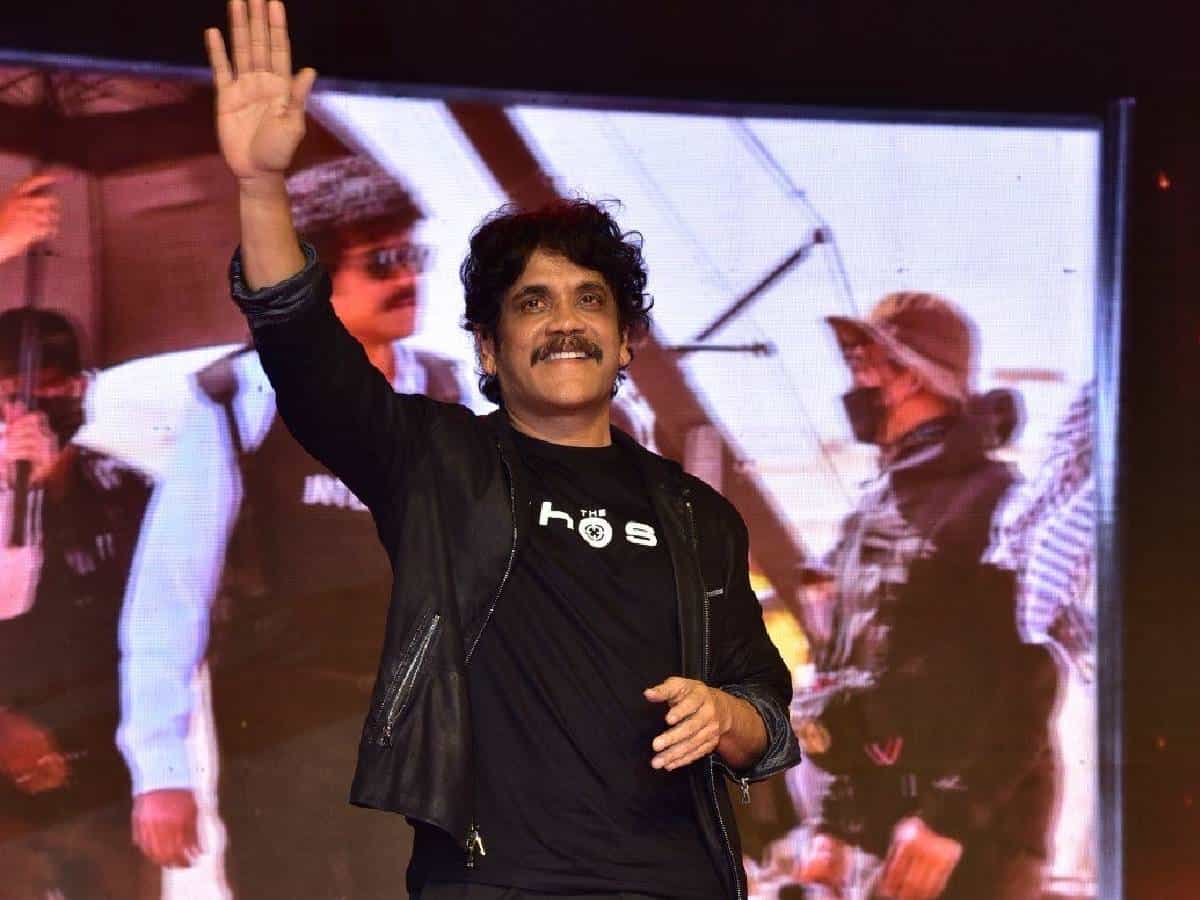 Nagarjuna Akkineni teamed up with the director Praveen Sattaru for the film The Ghost. The film is hitting the screens on the 5th of next month. The makers held a pre-release event of the film today. Speaking at the event, Nag expressed his confidence that the film becomes a big hit.

“I have to thank Tollywood and my father ANR for giving me a chance to receive all the love you are showing to me,’ said Nagarjuna, recollecting the memories with his father.

“33 years ago, on October 5th, family entertainer Siva was released. Now, on the same day, I am coming with The Ghost. People say that Vijaya Dasami delivers success to everyone. I hope that we also taste success with the film.” said Nagarjuna, expressing hope that the film becomes a big hit.

“There is action and drama in equal parts in our film. We underwent special training to work in the film,” said Nagarjuna about the film.