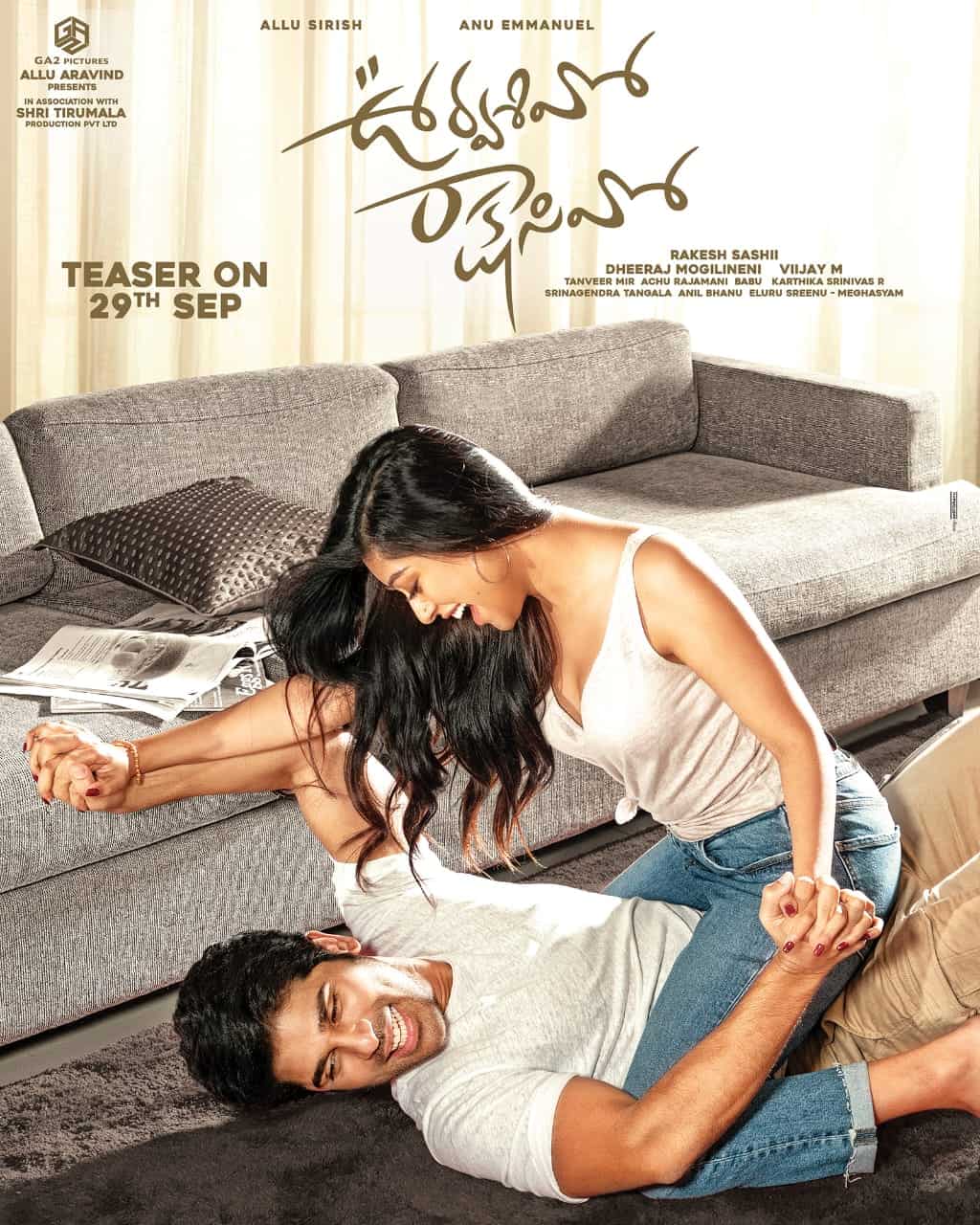 Allu Sirish after starring in a few films disappeared completely from the silver screen. After a hiatus of seven years, he is getting ready to entertain movie lovers. According to the latest, his new project bankrolled under GA 2 pictures got a release date. Speculation is rife that the film will be released on November 4.

Today, makers confirmed the news by releasing a magical poster of Allu Sirish’s next film, along with a new title and release date. The title of the film was changed from “Prema Kaadanta” to “Urvashivo Rakshashivo.” The teaser release date also surprised the audience. The teaser for this romantic drama will be released on September 29th.

Allu Sirish is getting ready to come with supersonic speed once again on the silver screen. His project under GA2 pictures will be bracing for a grand release on November 4 and the makers will soon kickstart the promotional activities on a grand scale.

GA2 Pictures in association with Shri Tirumala Production Pvt Ltd bankrolled this project. Allu Aravind presenting the film while Dheeraj Mogilineni producing it. Achu Rajamani is scoring the music while Tanveer is handling the cinematography.