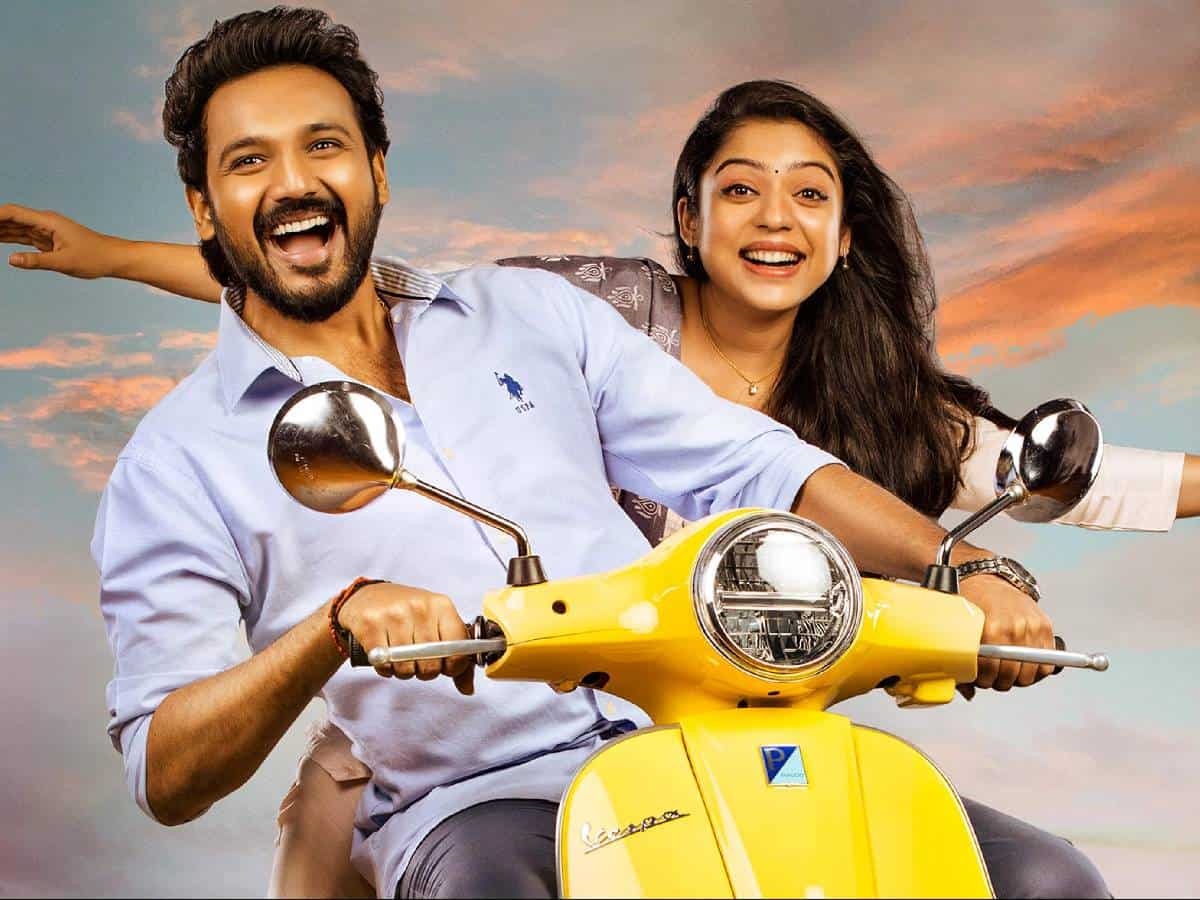 One of the biggest contests that are coming up in Tollywood is on October 5th, when the mightiest star heroes Megastar Chiranjeevi and Akkineni Nagarjuna are logging heads with each other at the box office. Their Godfather and The Ghost are releasing respectively on that day. But what made it quite surprising is the entry of this small film titled “Swathi Muthyam” into the race.

While names like Bellamkonda Ganesh, who happens to be the hero of the film and son of popular producer Bellamkonda Suresh don’t pull the crowds, it’s the production house that is actually giving more mileage to the film. Swathi Muthyam is produced by none other than Sithara Entertainment which makes this project another big venture at the box office because of the clout they have on theatres and distribution systems.

Popular for producing films like Ala Vaikunthapurramuloo and Bheemla Nayak, Sithara is getting ready to screen the film a day before in the name of premieres, and that explains their confidence in this romantic comedy featuring Ganesh and Varsha Bollamma in the leads. Producer Naga Vamsi also exuded confidence that they will be creating another history at the box office with this small film like how they surprised Tollywood with DJ Tillu early this year.

In case if Swathi Muthyam clicks big time, there will be no looking back for Sithara in Tollywood when it comes to churning out content that will always excite the audience.