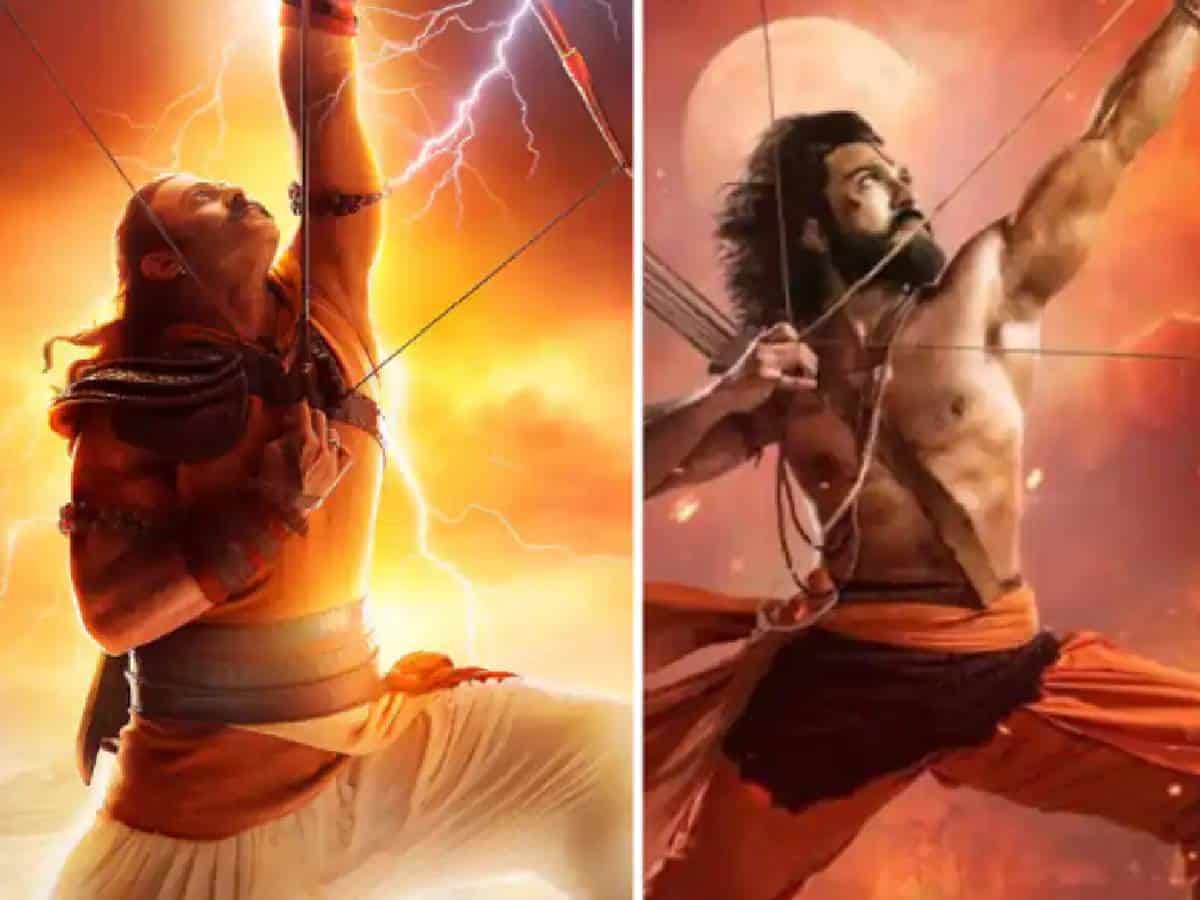 The much awaited poster of Superstar Prabhas’ upcoming film Aadipurush got released today and fans are going gaga over it. However, with Prabhas playing the role of Lord Rama in the film, his look is getting scrutinized now and the fans of other stars are comparing the poster of Aadipurush with that of Ram Charan’s poster from RRR, as both have lots of similarities.

With Ram Charan looking super slim as Alluru Seetharamaraju in the film RRR and finally transforming into the getup of Lord Rama towards the climax portions of the film, many movie lovers got enthralled by it. Now that Prabhas is playing the role of real Lord Rama on the screen, many thought that he might look all blue like how legendary NTR used to portray the role of Lord Rama.

But with Prabhas appearing plain like Ram Charan in RRR, they are saying that a slim look would have made the Baahubali star look great than this muscular Herculean look. A section of fans is surely disappointed with this look of Prabhas, while a few hardcore fans of RRR are saying that Charan would have suited well for the role.

All said and done, we can’t really predict the greatness of a look until the teaser trailer and the movie arrives in theatres. Because sometimes what doesn’t look so captivating on the poster might transform into a sensational appearance on the silver screen, and there are tonnes of examples regarding the same.

On the other hand, we could also say that Prabhas is back to his Baahubali looks which really impressed movie lovers across the nation after doing two normal films like Saaho and Radhe Shyam.