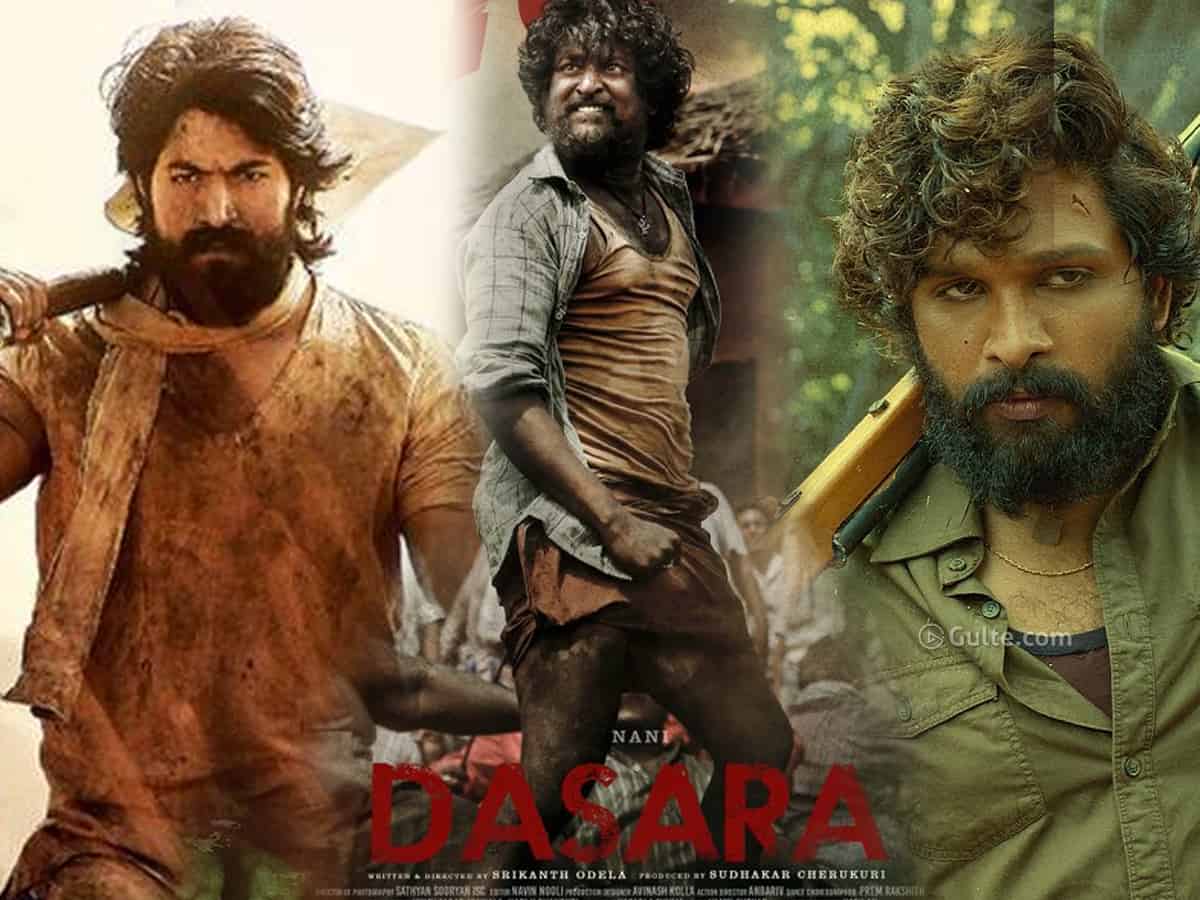 After family drama Ante Sundaraniki, Natural Star Nani underwent a huge makeover for his next film Dasara. He plays the role of a Singareni Mine worker in this movie. Thus, he grew hair and beard and sported a rugged, massy avatar in the movie.

This morning, it was announced that the first track from this film will be unveiled on October 3. On the announcement poster, Nani is seen wearing a rugged working-labor getup. His skin tone is also darkened a lot to bring the roughness to the character.

Of late, these kinds of getups have become a trend in our films. Recently, we have seen Allu Arjun sporting this rough and rugged avatar in Pushpa. He completely owned that role.

Even in KGF’s first part, we have seen Yash sporting a rough look as a mine worker when he is working in the Gold Fields.

The first look poster of Salaar also hints to us that Prabhas will be seen in a rustic avatar in the movie.

Until now, our heroes succeeded well at the box office by sporting these mass rugged avatars. We have to see if even Nani also scores a hit with this getup.