Aadipurush Teaser: What An Insult To Ravana! 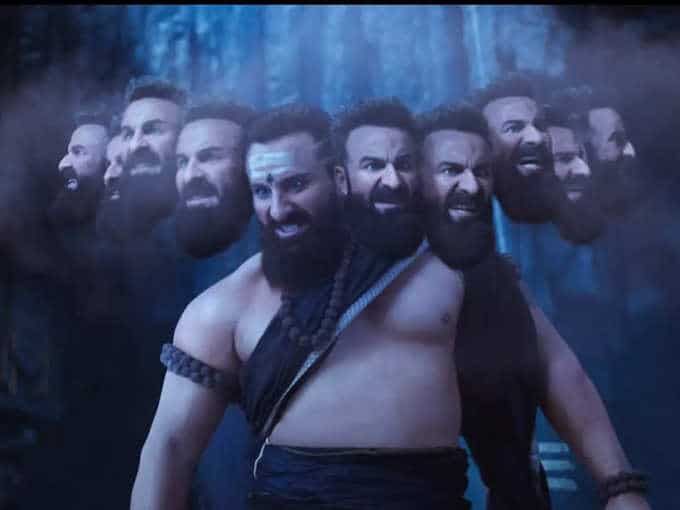 Of course, the looks of Superstar Prabhas from the “Adipurush” teaser have disappointed many average cinema goers for lots of consistency and also for the pre-conceived image of Lord Rama everyone in India has in their minds to date. Not just Rama, but even Ravana is not satisfying the lovers of this classic epic that’s considered godly for most of Hindus.

Lord Ravana is a villain for Ramayana, but then he’s not a pure demon, he is a man who happens to be an ardent devotee of Lord Shiva and responsible for bringing the supreme god’s ‘Aatma Lingam’ to earth which is the story we’ve seen in films like “Bhoo Khailaas”. Coming to Adipurush, Ravana was portrayed by Saif Ali Khan, and though he was shown meditating in the Himalayas as well with three stripes on his forehead, somehow his beard and hairdo are not convincing.

The tales of Ramayana from the ages have depicted Ravana as someone who has grown a long mustache but never a huge beard. Even then, the looks of Saif Ali Khan look like that of Ranveer Singh from Padmavat movie where he appeared as Alauddin Khilji. Even Saif looks like one of those tyrants who ruled Delhi for years, but not Lankan king Ravanasura.

Definitely, his look doesn’t suit the feels of Ramayana, and people see it as a gross insult to the demon king.