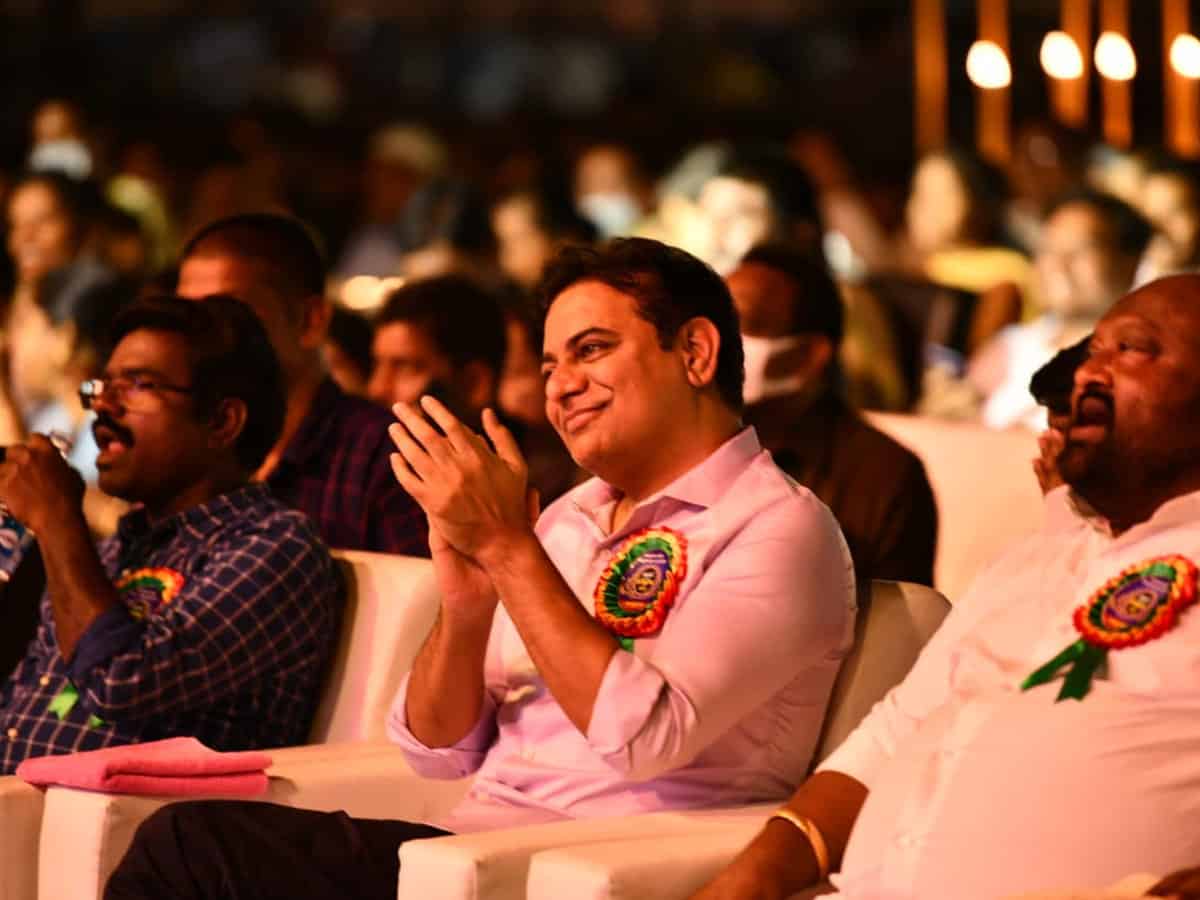 Telangana IT and Industries Minister KTR is known for his knowledge and clarity on any subject he speaks on, while he is equally famous for his wit and spontaneity that amazes many. KTR attended the grand event of the Karimnagar Kalotsavalu closing ceremony yesterday and his speech at the event remains the highlight.

Earlier, while speaking about KTR, Bigg Boss fame social media star Gangavva compared KTR to Mahesh Babu in looks. Responding to the same, KTR in his usual style left everyone in splits, said, ‘Naakem kaadu, kani Mahesh Babu feel aithadu (I am fine, but Mahesh Babu will feel bad). He called Gangavva and promised her that he would be coming to her show, ‘I village show’, and said he would share a few things he knew and learn from her.

KTR further thanked all the artists and people who played a crucial part during the Telangana movement. He thanked Vandemataram Srinivas for his contribution and also emphasized that the KCR government is doing all that Vandemataram wished from the ‘red’ flag (read communist party).