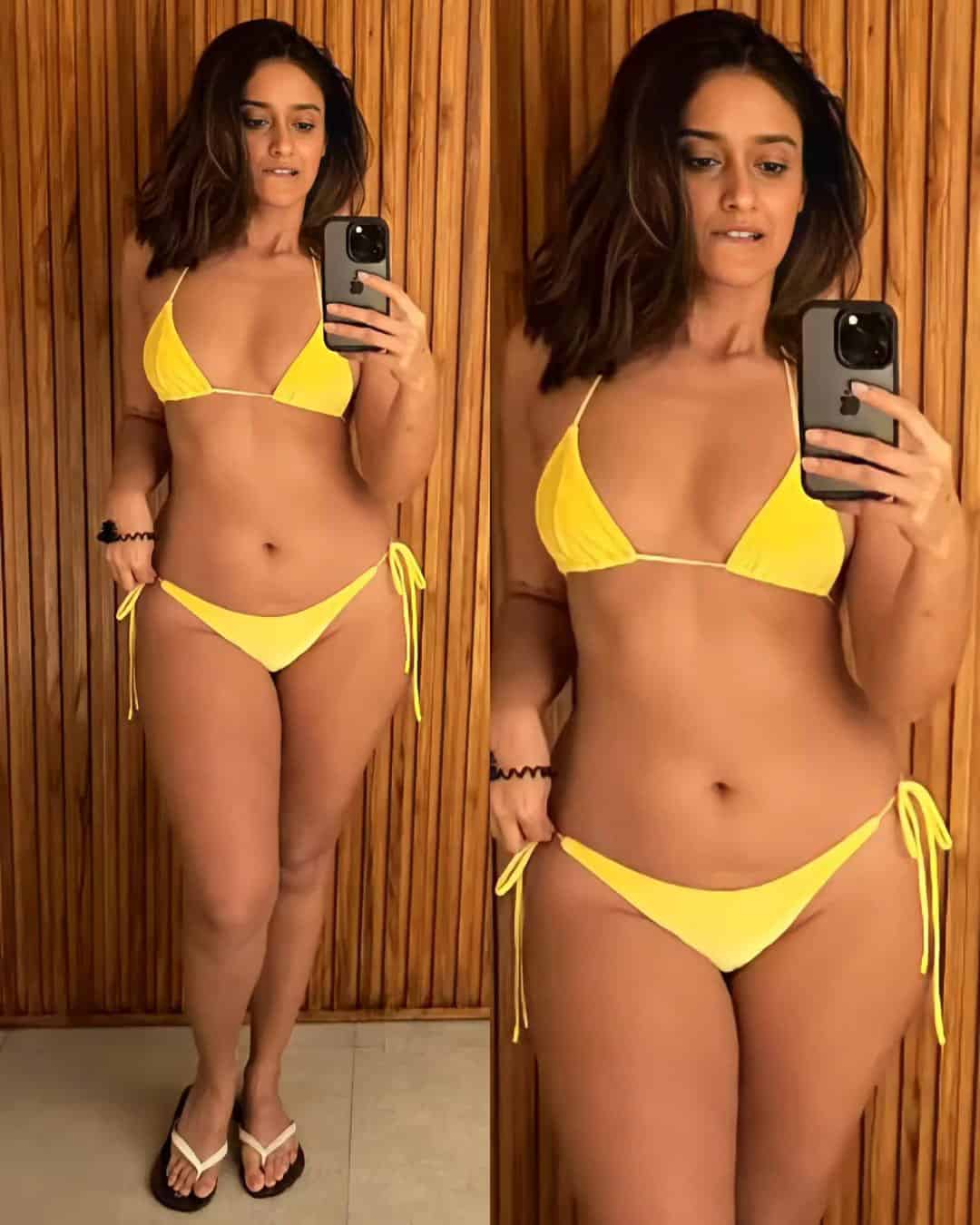 Actress Ileana shifted her base to Bollywood and is busy with films in Hindi lately. The Goa girl often sizzles in the bikini and it looks like she still got an amazing bikini body.

We have seen her many a time in a purple bikini, while the actress chose to repeat the bikini and also repeat the pictures calling them a throwback. Finally, she slipped into a two-piece yesterday and this time she is looking more alluring.

Ileana posted two pictures of herself in a lemon yellow bikini for which she wrote, ‘Felt good may not delete’. And in another picture, she clicked a selfie saying she is finally out of bed because earlier she complained of sinuses not letting her tan and swim.

Ileana last appeared in the film The Big Bull, and she has Unfair & Lovely awaiting a release.