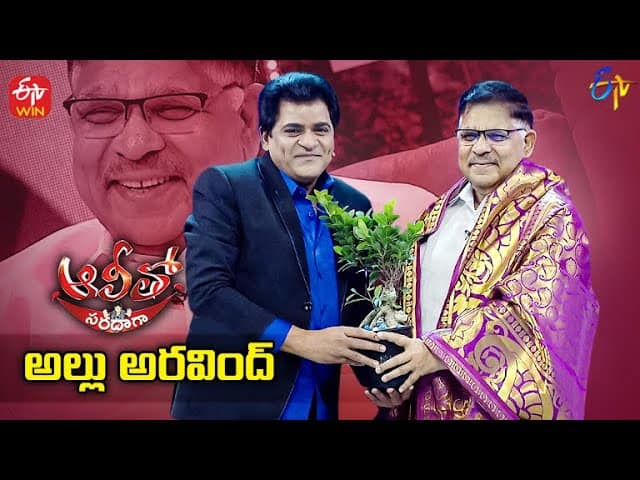 Mega producer Allu Arvind is known for his jovial nature and always he addresses any issue with a smiling face and a composed demeanour. But now, it looks like the senior producer has lost his cool if the latest episode trailer of the popular talk show ‘Ali Tho Saradaga” is anything to go by.

After the super successful inauguration of Allu Studios, in whose event the Allus have honoured lots of artists who worked with Allu Ramalingaiah and also contributed ‘comedy’ to the film industry, it looks like Comedian Ali has asked him for an interview. Sharing his thoughts on ‘Ali Tho Saradaga’ show, Allu Arvind spoke about various things including his studio and his grandchildren as well. Then came the question from Ali, “Are there any clashes between Mega and Allu families right now?”.

Replying to the same, Allu Arvind pointed out, “While inviting me for the show you stated that there will be no controversial questions but it will have only surprise questions. Is this question a surprise now?”. Later the teaser has shown as if Allu Arvind got hurt and might have even walked out of the show. However, one cannot say anything about it now, as sometimes the editors cut a teaser in a particular way that there happened a war in the interview, but in the full episode, there will be no such stuff.

Anyway, now that the clash of Mega and Allu fans on the social sites is real which sparked a debate that all is not well between Allu Arjun and Mega Family, we have to see what Allu Arvind might have spoken about the whole fiasco.