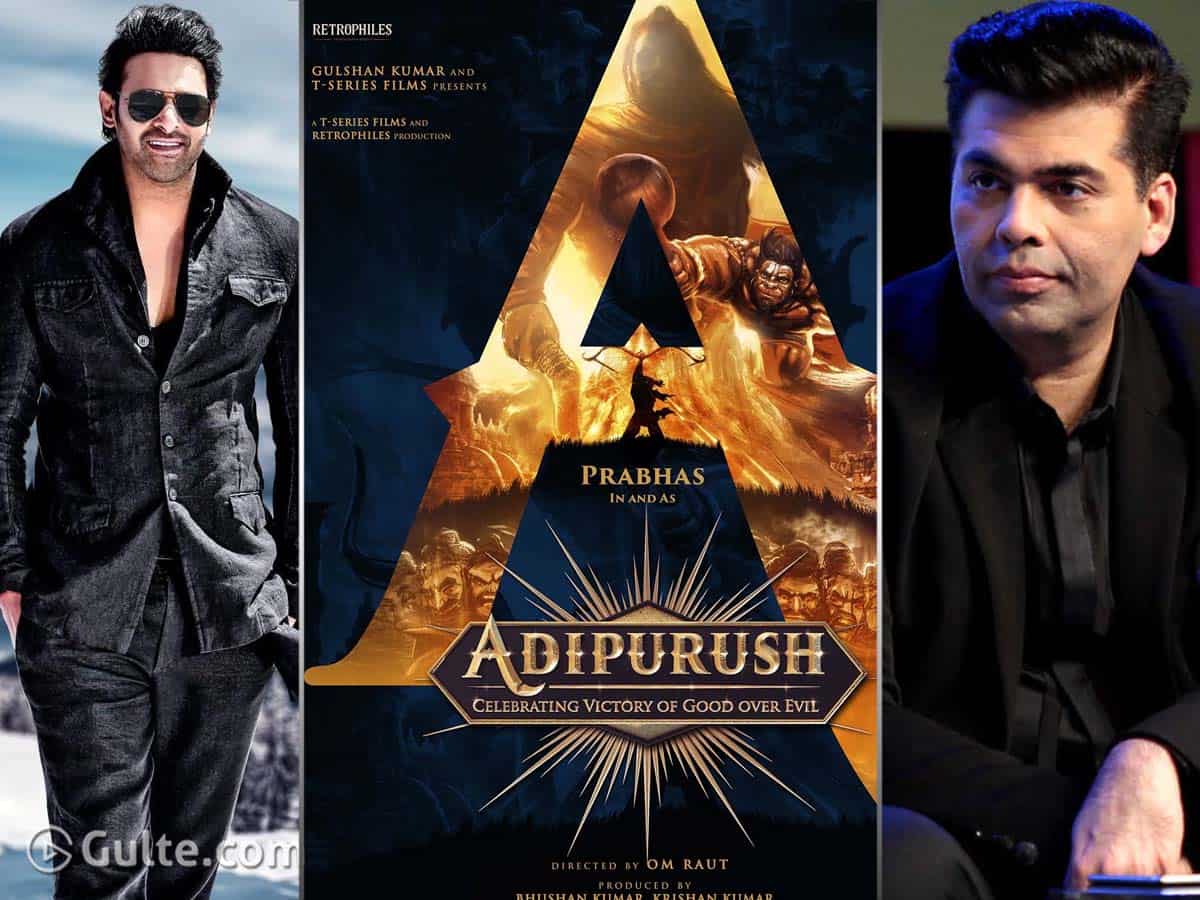 Many Bollywood producers are running after hunk hero Prabhas ever since Baahubali has blown away their minds.

At that time, with Karan Johar distributing the film in Hindi arena, the bonding between Prabhas and the producer has grown big. But it looks things didn’t go well down the line after Prabhas came up with Saaho.

Back then, though Karan asked Prabhas to wait and do a film on his Dharma Productions, the hero went ahead with his own banner (UV Creations) and came up with Saaho.

Looks like all is not well between the hero and producer since then. And now that Prabhas has decided to go with T-Series folks rather than Karan for his “Adipurush”, directed by Om Raut, it is a complete sort of surprise.

Reports are coming up that Karan Johar is hugely upset with this move of Prabhas as the producer promoted the Baahubali star quite well in the Bollywood circles with an idea to make a film with him. But then, insiders feel that during the ongoing nepotism debate and how Karan is getting criticised, Prabhas kept the best decision by keeping him away.