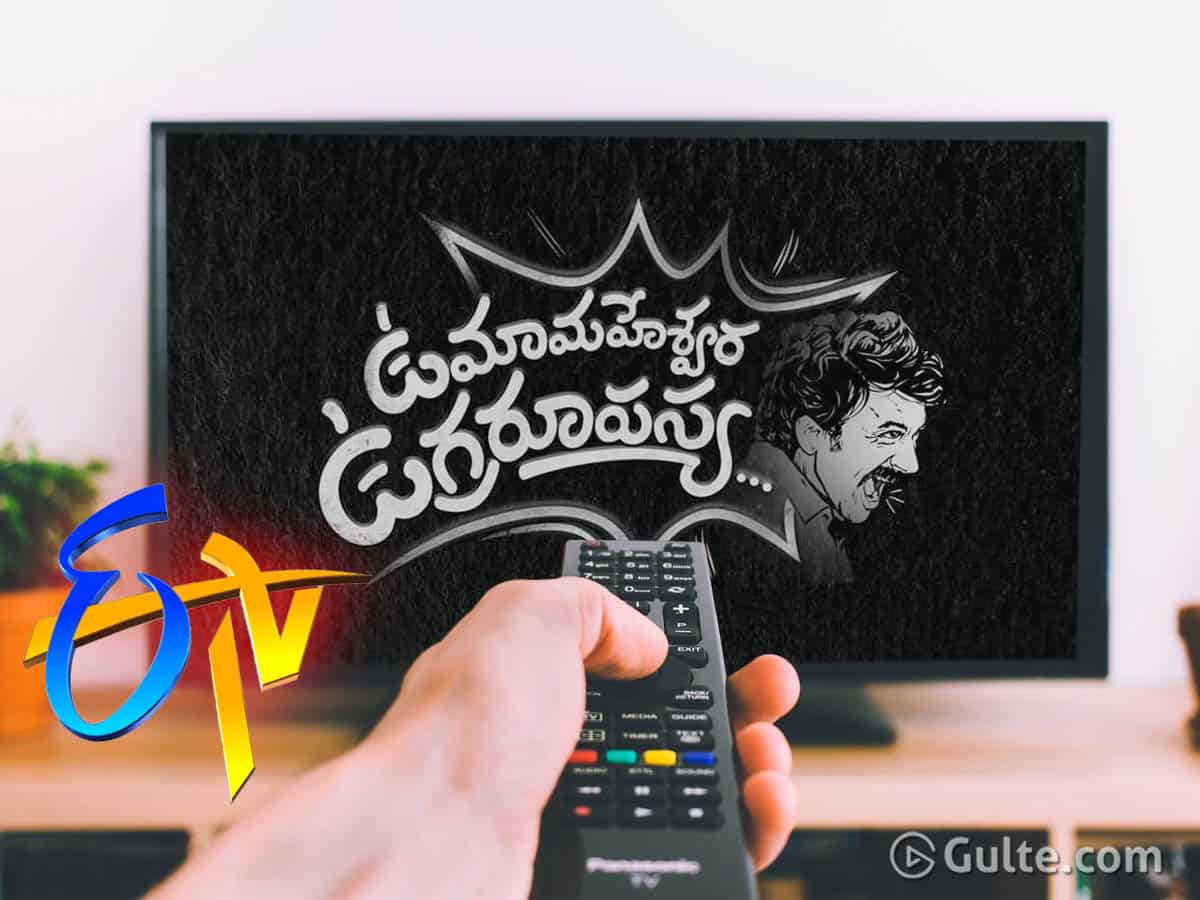 Actor Satya Dev’s ‘Uma Maheshwara Ugra Roopasya’ had an OTT release. The film was appreciated by the critics while audiences response is also good. Made with a limited budget, the film’s satellite rights were bagged by ETV. Generally ETV buys very less films compared to other Telugu entertainment channels.

Serving a legal notice to the local channel, ETV asked it to pay Rs 1 crore as damages. A majority of the people in Hyderabad have televisions with cable connection and they might have watched ‘Uma Maheshwara Ugra Roopasya’ by now. So ETV quoted a huge amount for the local channel’s illegal screening.

As the issue turned serious, the owner of the Hyderabad local channel approached ETV and pleaded for apology. But then ETV has adamant on its legal notices and this is when the person who alerted the channel on ‘Uma Maheshwara Ugra Roopasya’ screening came into picture and mediated the terms.

Finally ETV reportedly cooled down on the issue and withdrew their legal notices. However, ETV’s anger reached the other Telugu entertainment channels and they have backed ETV’s notices. They are in opinion that the channels are paying crore of Rupees to the producers and buying the movies. But some local cable channels are airing the new movies without permission. ETV’s act is like a warning to the local channels and similar action should be taken against them, if the error is repeated.

‘Uma Maheshwara Ugra Roopasya’ is a remake of the Malayalam film ‘Maheshinte Prathikaaram’ and it was directed by Venkatesh Maha of ‘Care of Kancherapalem’ fame. The film is streaming on Netflix.