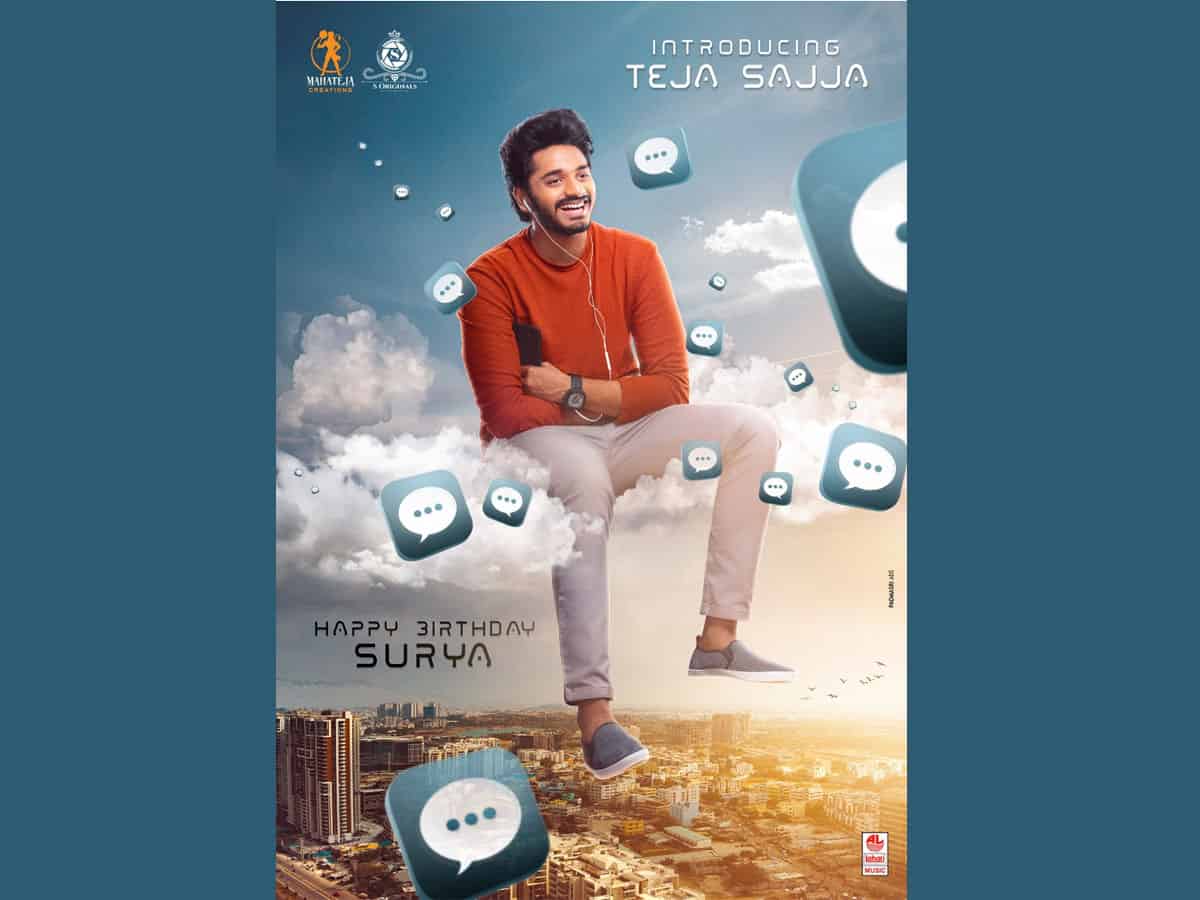 With Samantha’s ‘Oh! Baby’ child artist Teja Sajja returned to the silver-screen and now the youngster is all set to turn as main lead.

Marking Teja’s birthday on Sunday, the first look of the hero from the untitled flick is launched by the makers. Teja appears in causuals and sports a smile on his face while the background is dramatic.

Coming to the movie, it is a fantasy with love story and it’s actor Rajasekhar’s daughter Shivani, who will be seen opposite Teja.

The makers updated that the shooting of the film is wrapped up and post-production works are going on.

Once things fall in place, they would finalise the title and announce it officially.