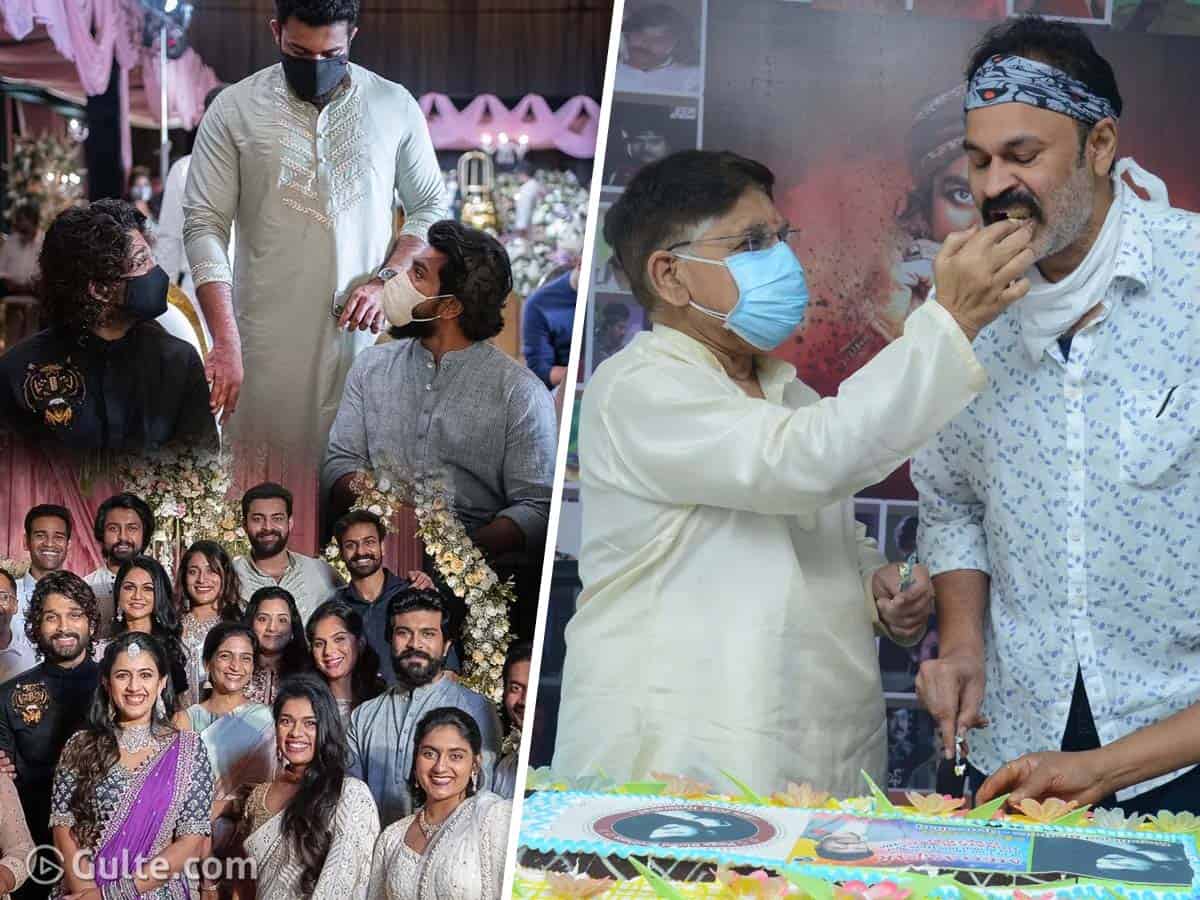 Megastar Chiranjeevi’s birthday was celebrated all over the world by the actors’ fans. Strictly adhering to the instruction from their boss, to not celebrate outside, fans took only to social media to have a great time. And on this occasion, some say that all the ‘rumours’ regarding Mega Camp got erased forever.

Earlier it was believed that all is not well between Mega and Allu camps from a long time. With Allu Arvind not seen alongside Chiranjeevi at many occasions, and Chiru not being seen at Aha related events or any other Allu camp show, the rumours thickened. With Allu Arjun not sharing tweets on Sye Raa on first day itself, and with Ram Charan never praising Ala Vaikunthapurramuloo in the social media, many felt that the gap has widened.

However, those who have seen the bonding of Charan and Bunny at the engagement event of Niharika, have got the first taste of reality. It looked like nothing ever happened between these cousins as it is being speculated. And then, on the eve of Chiru’s birthday, both Arvind and Nagababu attended the fans event together, a cake cutting ceremony at the blood bank. Even all the mega heroes including Allu Arjun tweeted for their Megastar in excitement.

Mega fans are feeling that all these happenings have finally erased all the rumours being said about mega camp from some time.