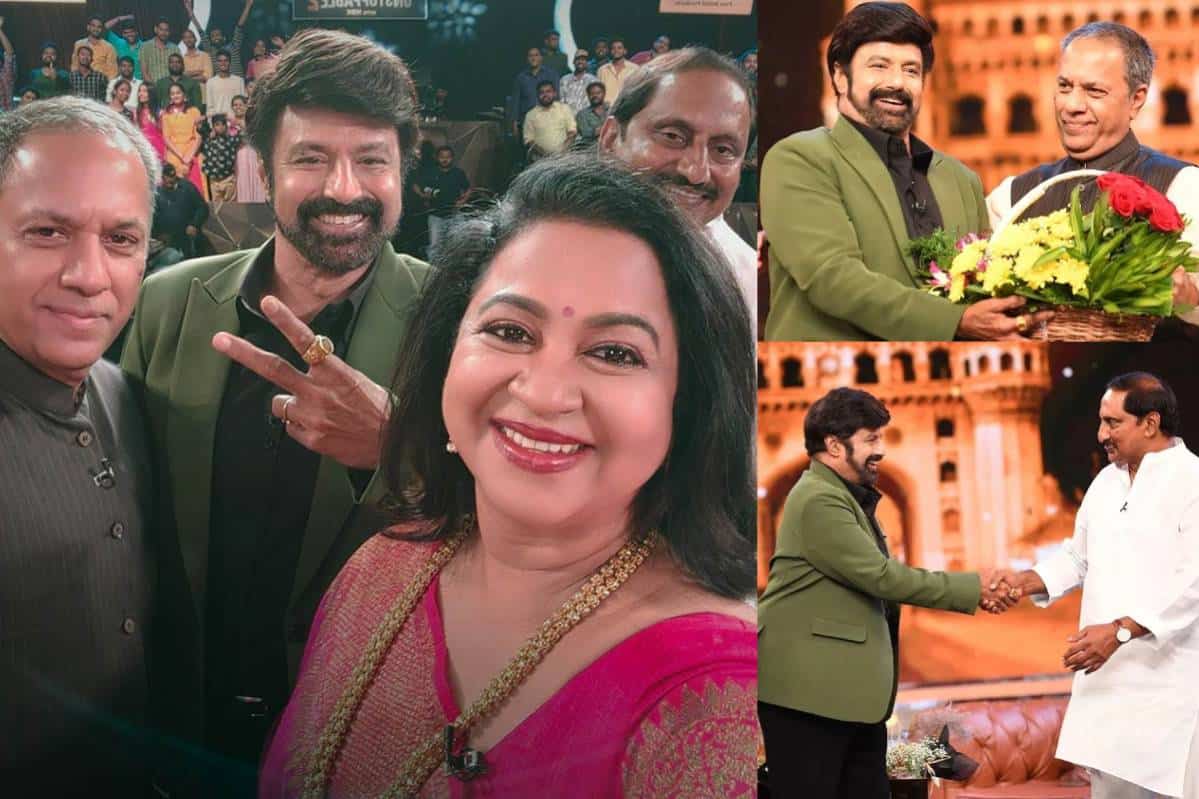 Nandamuri Balakrishna unleashed his funny and lively attitude through the talk show Unstoppable. The first season was a breakout success and thus, OTT platform Aha renewed it for the second season.

Unstoppable 2 is not only about cinema celebrities but is also becoming a platform for political interviews. In the first episode of this season, Balakrishna interviewed Nara Chandra Babu Naidu and Nara Lokesh.

The episode was shot recently. Surprisingly, actress Radhika Sarathkumar also attended the shoot of this episode. To know the connection between Radhika and these guests, we have to watch the episode.

Sharing the selfie of the guests with Balayyya, the makers tweeted, “And it’s a wrap!Next episode power, politics, movies inka memories, anni kalagalipi rabothundhi. Stay tuned!” The release date of this episode will be out soon.