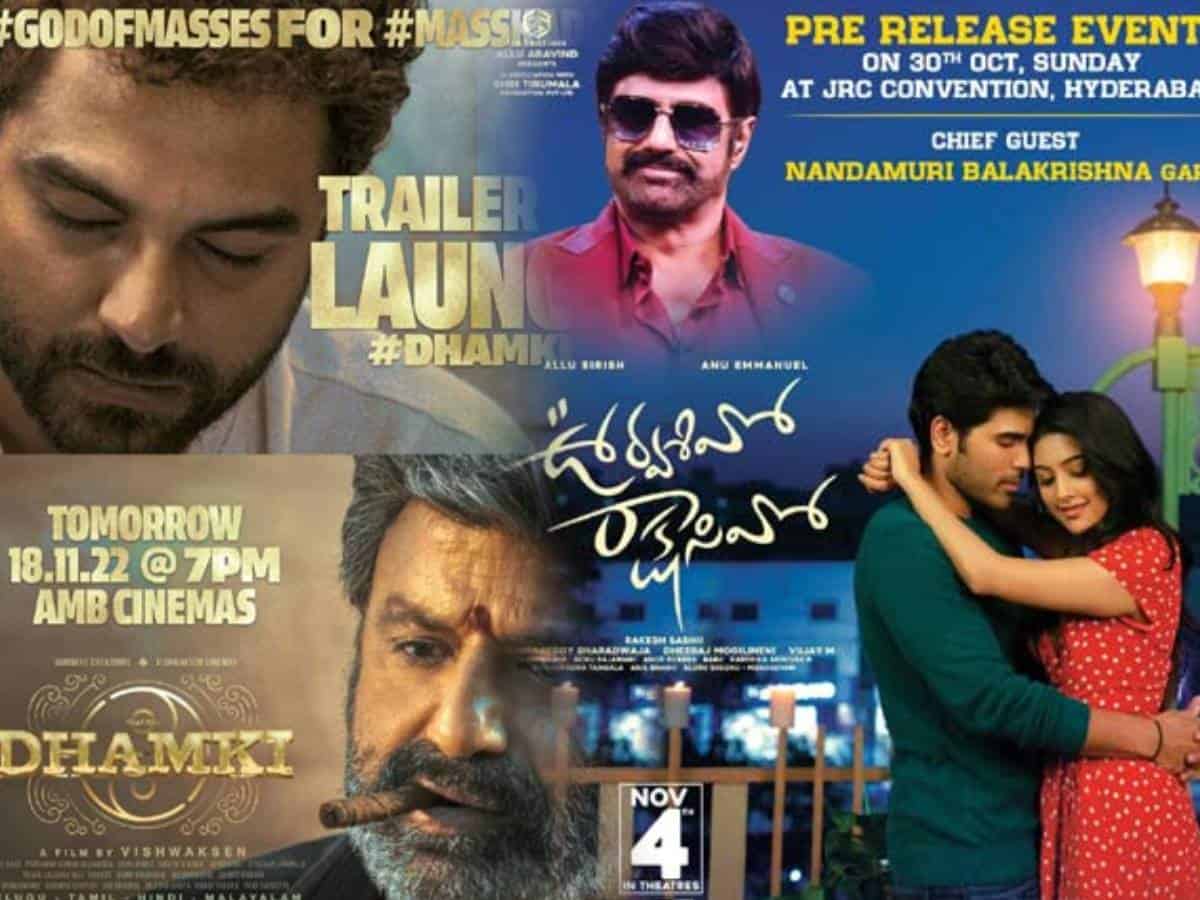 Nandamuri Balakrishna and the name is not at all a synonym with public events and more of a public presence at film events until sometime back. He is always known for hitting fans and getting irritated during such events.

But then, his arrival on Aha’s Unstoppable changed the way the public looks at him and introduced them to a new Balayya that they will all fall in love with. Here goes next.

Apparently, Balayya has become a supporter of young heroes who want to get that star power. Earlier, we used to see Megastar Chiranjeevi attending film events of young heroes, especially their trailer launches and pre-release events.

And now, it looks like Balayya took that position. Earlier he used to attend events related to Jr NTR and Kalyanramm, but now he has stunned all after turning up as Chief Guest for Allu Sirish’s Oorvasivo Rakshasivo pre-release event. His next event is going to be Vishwaksen’s Dhamki trailer launch event.

Almost at all the events, Balayya attended, he is filling the place with positive vibes and brought some energy into the evenings with his naughty and honest talks. In a way, we could say that Balayya is standing as a backbone for these young heroes who want their products to be reached more masses as Balayya is none but the god of the masses.