Is This Movie A Freemake Of Rowdy Alludu’? 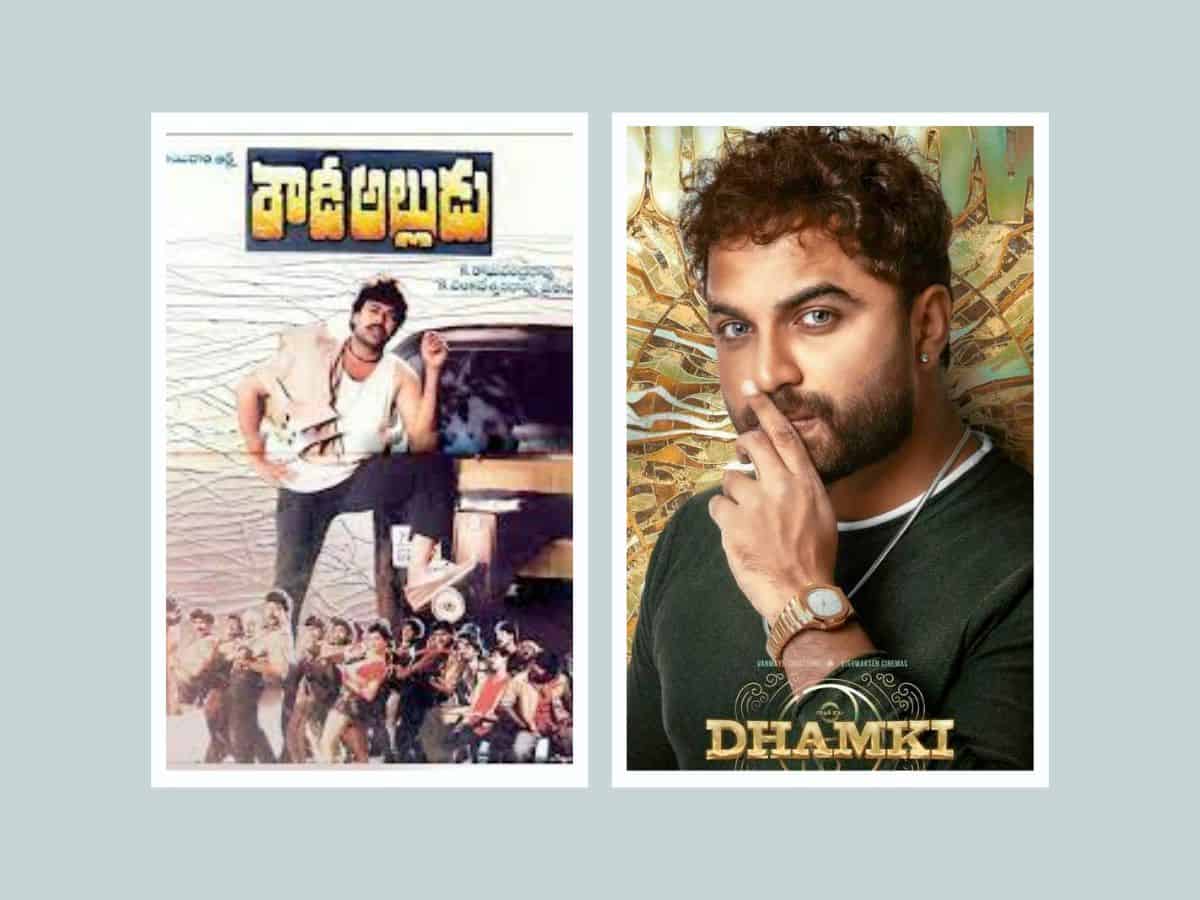 Going by the trailer of Vishwaksen’s latest film “Dhamki”, we have to say that the content shown in the trailer is making us remember some old Telugu movies.

Though some say that it is pretty close to Gopichand’s movie Gowtham Nanda, actually it looks like the film is nothing but a rehash of Megastar Chiranjeevi’s iconic commercial movie.

A rich businessman (hero) gets struck in an accident and everyone thinks he is dead, and then his doppelgänger, a mass guy (same hero) comes in the place of the rich guy to set things right.

That is the story of Megastar’s superhit movie “Rowdy Alludu” which has many stunning scenes with loads of action and comedy. Now Vishwaksen’s Dhamki also looks the same, except for a role reversal where the rich guy is shown as a baddie and the poor guy is an innocent one though he has a little conman side.

Many are wondering if Vishwaksen and his writer Prasanna Kumar have dished out a story based on Rowdy Alludu and modified it a little with a dose of the latest satires and fun.

However, movie lovers are wondering what mega heroes would think about this as for a long time many are expecting someone from the mega camp to do a remake of that old film directed by K Raghavendra Rao.