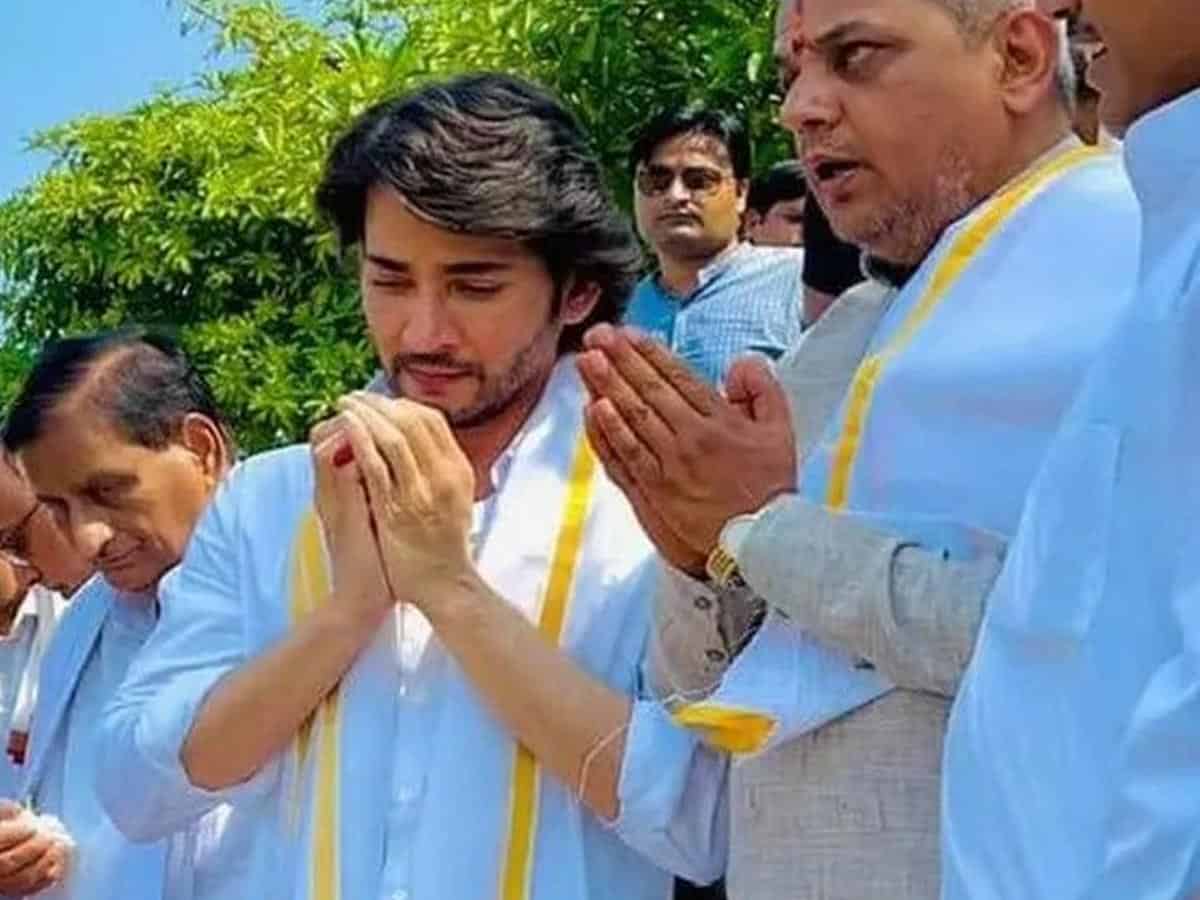 Mahesh Babu is bereaved with the passing of his father, Superstar Krishna. As a dutiful son, Mahesh is doing rituals. As part of this, Mahesh immersed his father’s mortal remains in river Krishna which is considered holy. Mahesh arrived in Vijayawada in a special chartered flight. He was accompanied by his brother-in-law and Guntur MP Galla Jayadev, his uncle Adiseshagiri Rao, director Trivikram Srinivas and another brother-in-law Sudheer Babu.

Mahesh is provided with the security. Police officials were beefed up as several fans of his father Krishna arrived at the spot. Mahesh along with his companions directly headed to the Durga Ghat at Krishna river in Undavalli where he completed the formalities and offered prayers. Mahesh didn’t meet or interact with any of the fans and he silently returned to Hyderabad.

Krishna Ghattamaneni was born in Burripalem village of Guntur district. He had amassed a huge fan base in Krishna and Guntur districts though he has fans all over the Telugu states.

Reportedly, Mahesh is contemplating to build a large memorial for his father. As per reports, Mahesh is yet to finalise the place. He may choose Padmalaya studios near Jubilee Hills. An official confirmation is still awaited.