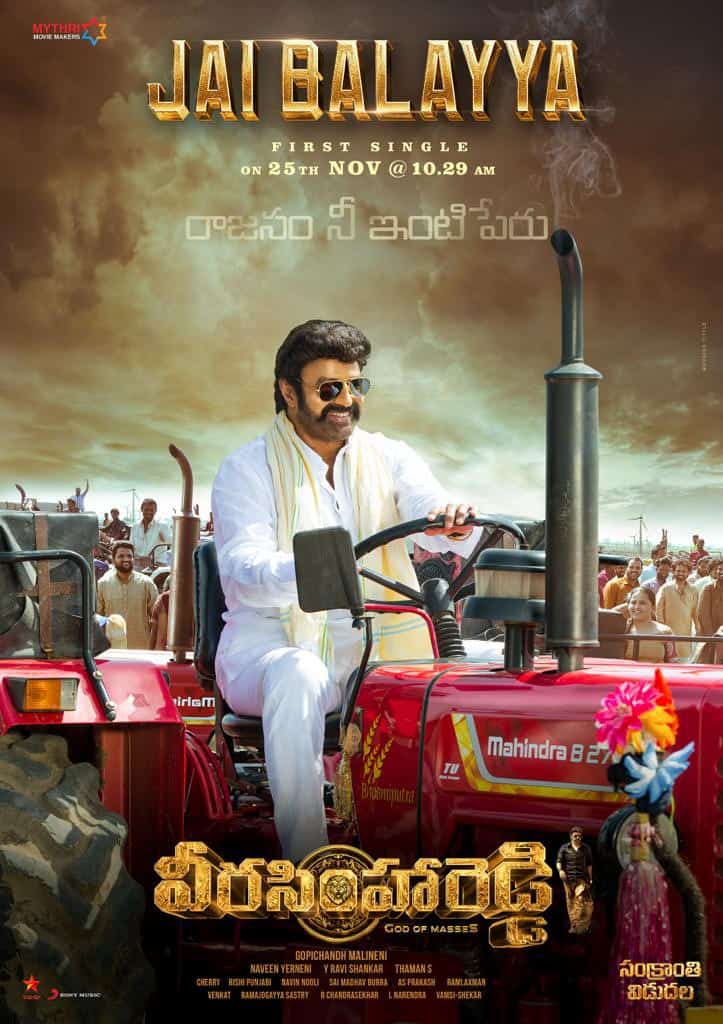 Nata Simham Nandamuri Balakrishna’s Veera Simha Reddy under Gopichand Malineni’s direction is progressing at a brisk pace with its shooting. The film stars Shruti Haasan playing the heroine opposite Balakrishna, while Duniya Vijay will be seen as the main antagonist. S Thaman scores music and here comes an update about the first single.

Veera Simha Reddy’s first single Jai Balayya will be released on November 25th. The makers made this announcement through this poster. Balakrishna looks super cool in a Khadi dress and donning black shades. He is seen riding the tractor and we can observe people behind him.

Balakrishna and Thaman’s is a superhit combination. Akhanda’s songs and background score are still fresh in the minds of fans. As is known, Akhanda also had Jai Balayya song. But the tune will be different for Veera Simha Reddy.

Shruti Haasan is the leading lady in the high-budget entertainer produced by Mythri Movie Makers. Veera Simha Reddy is gearing up for Sankranthi’s release.