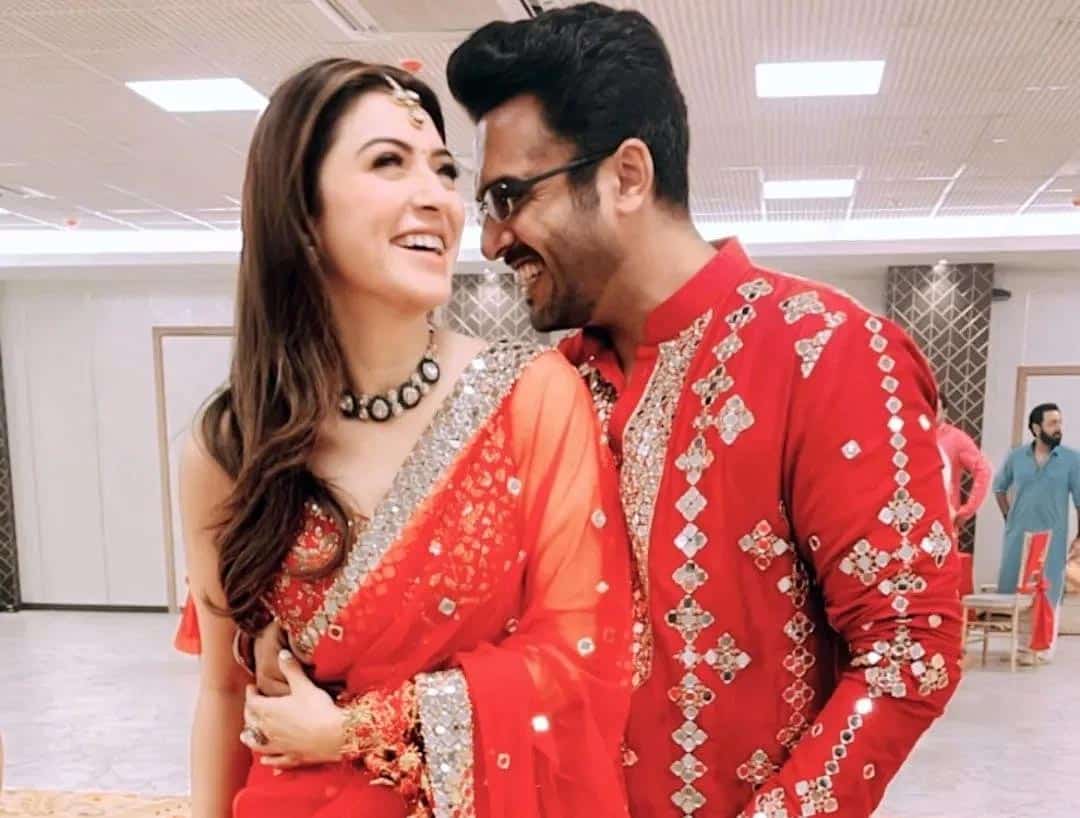 Actress Hansika is all set for a grand wedding with Sohail Kathuria. The pre-wedding festivities already began.

Hansika recently got engaged to her Mumbai-based businessman boyfriend, Sohail Kathuria in Paris, earlier this month. The pre-wedding festivities began on Tuesday with the Mata Ki Chowki ceremony.

Hansika and Sohai twinned in red for the ceremony and a few pictures of the couple went viral. Hansika is gorgeous in a red embroidered saree and Sohail matches her in a red kurta.

A video also is going viral on Instagram where Hansika and Sohail are seen dancing with all smiles.

Hansika and Sohail are getting married at a 450-year-old Mundota Fort and Palace in Jaipur. The couple will take part in Sufi night on December 2, followed by Mehendi and sangeet on December 3. The next day, December 4, the Haldi ceremony will take place, followed by the wedding in the evening and a casino-themed after-party at night. Further, Hansika and Sohael’s family members will also enjoy a polo match together.