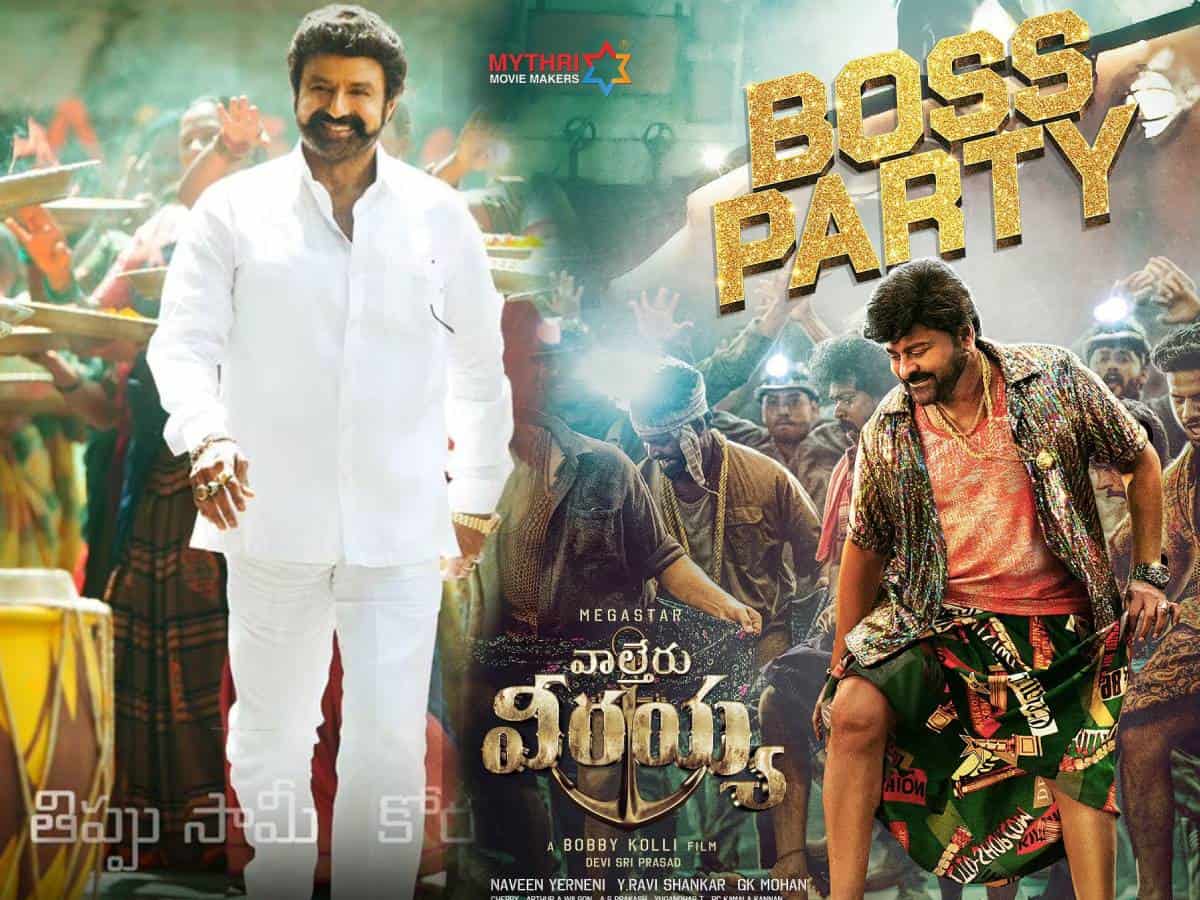 The biggest contenders of the upcoming Sankranthi are none other than Megastar Chiru’s Waltair Veerayya and Nandamuri Balakrishna’s Veerasimha Reddy. These two movies are going to be an epic clash of the titans after a long time. Now that, a song each got released from these two masala movies of the top Telugu stars, let us have a look at how they are.

Waltair Veerayya has seen its first single #BossParty released a couple of days ago. Composed by Devi Sri Prasad, this happens to be the intro song of Megastar Chiru in the movie, and it has Urvashi Rautela spreading her glamour all around. The song’s peppy beat has excited fans, while the crazy lyrics also turned out to be catchy, but the general audience doesn’t feel that it is DSP’s best. However, they might enjoy that in theatres, when coupled with Chiru’s dances and mannerisms.

Coming to Veerasimha Reddy, Thaman’s music is expected to be resounding and the first single “Jai Balayya” was released the other day. As the song has the highly loved catchphrase #JaiBalayya as the lyric, it excited Nandamuri fans to the next level and they are loving the music too. However, music lovers haven’t gotten pretty excited about the song as they feel that Thaman has done a pretty ordinary job with the tune.

In a nutshell, both the songs, #BossParty and #JaiBalayya have excited fans, but invited trolls from critics and meme-makers as both sounded ordinary to them. That’s the realistic talk around these two numbers.