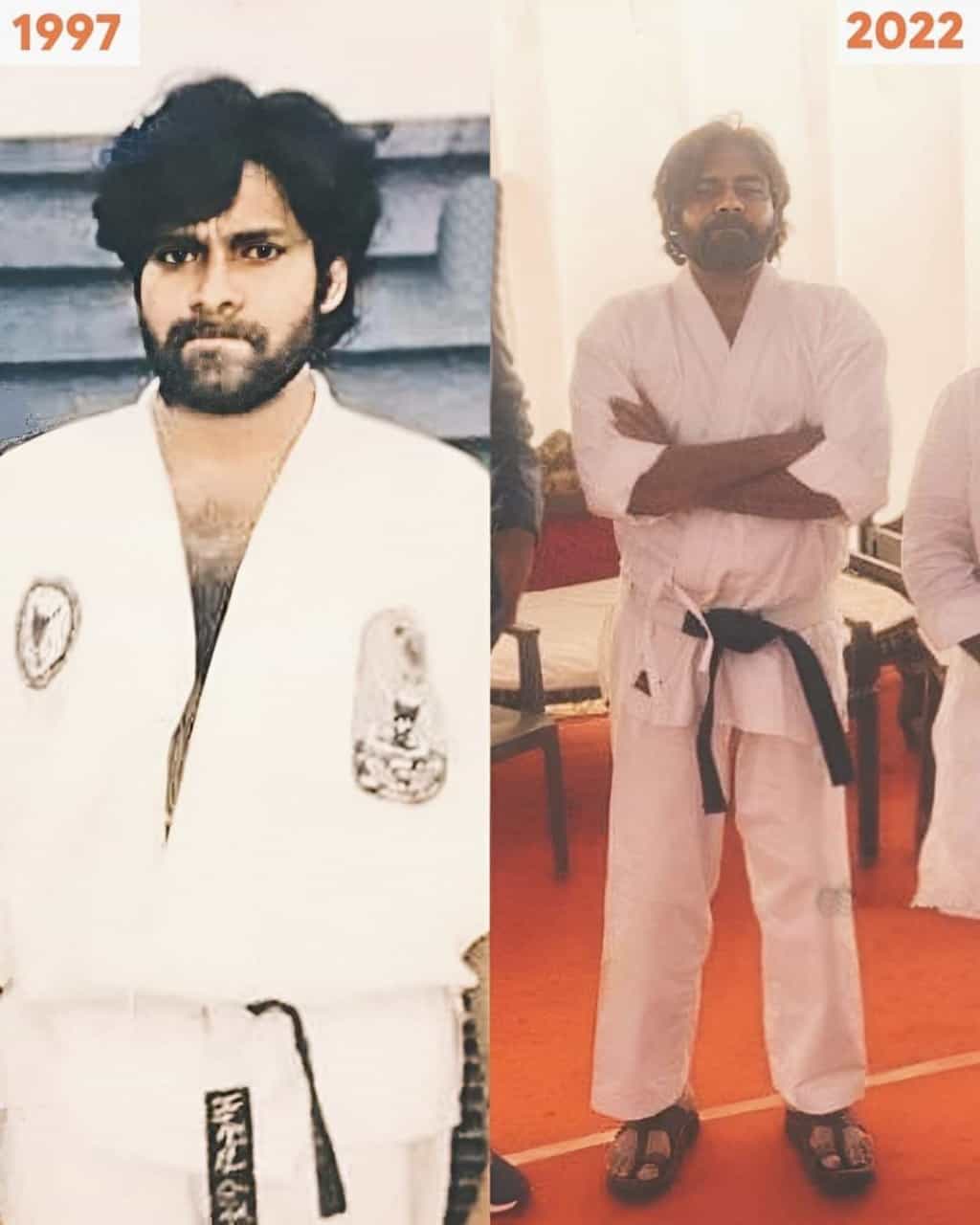 Before venturing into films, Powerstar Pawan Kalyan was trained in martial arts. In his debut film and in films like ‘Thammudu’ and ‘Johnny’ he displayed his martial arts skills. After ‘Johnny’ Pawan never had an opportunity to check with his martial skills and probably after two decades he is revisiting his old days.

Here is a picture of Pawan Kalyan in a typical Karate outfit. A gap of 25 years, and Pawan Kalyan almost looks the same in lean physique except the grey hair and beard. That’s got a lot to do with his diet and Pawan is a vegetarian by choice.

The latest picture hints that Pawan is said to be training extensively for his upcoming heavy budget film ‘Hari Hara Veera Mallu.’ Being his first ever historical-period drama, Pawan is giving it all and there are going to be over the top action episodes, as per the buzz.

Earlier many pictures of Pawan’s training in various forms were revealed by the team of ‘HHVM.’ Buzz is that it was upon director Krish Jagarlamudi’s suggestion, Pawan is nurturing his martial arts to ace the action episodes with perfection.