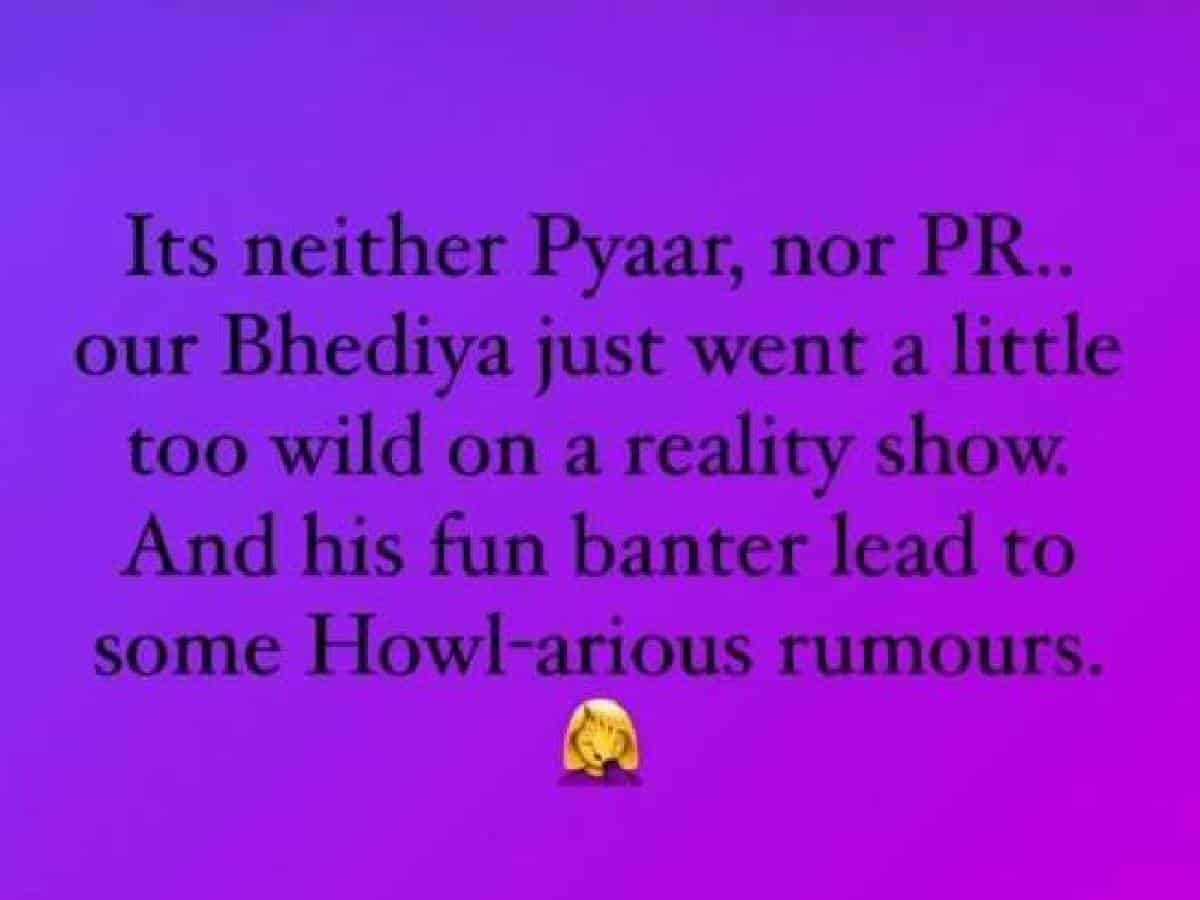 Here comes a huge disappointment for all the fans of the Adipurush couple, Prabhas and Kriti Sanon. The svelte beauty took to Instagram just a while ago to put an end to all the wild rumors on her romancing Prabhas. “It’s neither pyaar, nor PR…our Bhediya just went a little too wild on a reality show. And his fun banter lead to some Howl-arious rumours. Before some portal announces my wedding date – let me burst your bubble. The rumours are ABSOLUTELY baseless (sic),” Kriti wrote in her Insta story along with a Fake News sticker.

A couple of days ago, Bollywood star Varun Dhawan said in a TV show while promoting Bhediya that Kriti Sanon is in the heart of an actor who is currently shooting with Deepika Padukone (Project K), thereby clearly hinting a love story between Prabhas and Kriti. Even Kriti was seen blushing as her Bhediya co-star made the big revelation on national TV.

Needless to say, fans and media houses went wild since then. Fans were busy trending the ‘Prakriti’ hashtag derived from the first few letters of the couple’s names. On the other hand, media went on to speculate that Prabhas recently went down on his knees and proposed to Kriti. Not stopping there, the Bollywood media even wrote that Prabhas and Kriti will tie the knot after Adipurush hits the big screens next year.

Well, Bollywood’s fascination with cooking up false romances ahead of movie releases has an age-old history. So even though Kriti claims that Varun’s comments were not a PR stunt, it surely looks like a strategy to bring traction to their recently released horror thriller, Bhediya. Meanwhile, Prabhas has not opened up about the ongoing dating rumors and has been maintaining a dignified silence.