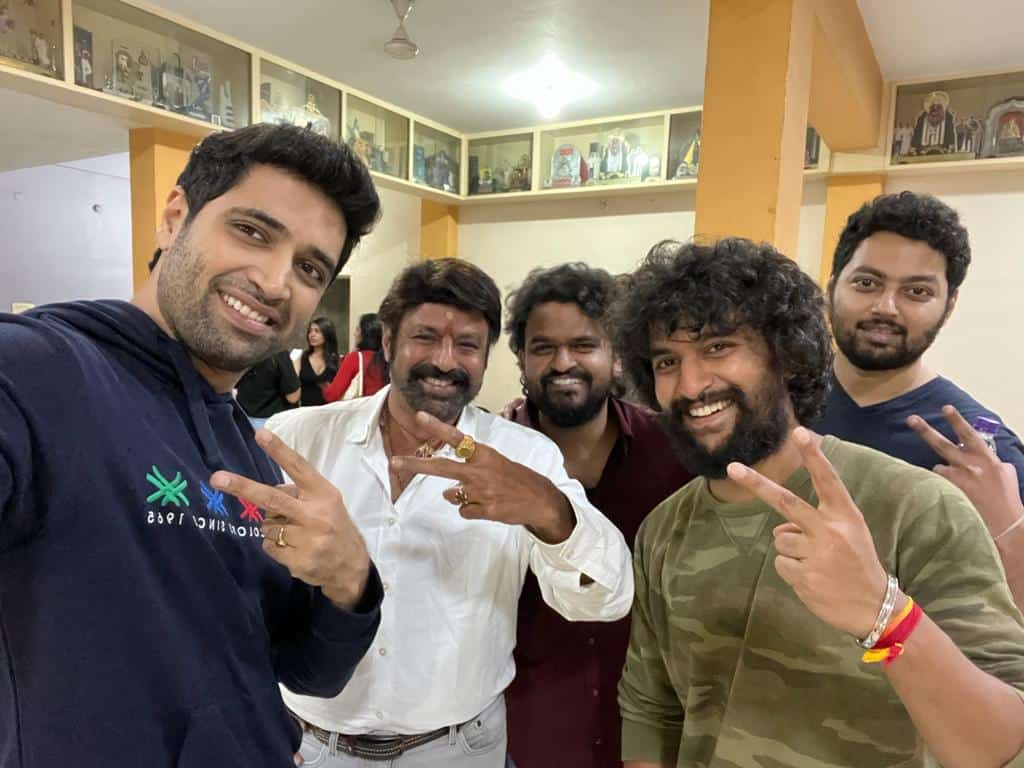 Juggling between movies and politics, Balakrishna Nandamuri rarely gets time to watch other movies. However, when he comes to know about a good film, he will ensure to watch it and appreciate the team. Now, the actor watched the latest ‘bloody’ blockbuster ‘HIT 2’.

At Prasad Film Labs in Hyderabad, team HIT 2 organized a special show to the actor and his family members. Post the film’s screening, Balakrishna posed for pictures with Adivi Sesh, Nani and the film’s director Sailesh Kolanu.

Surprisingly, Balakrishna’s son Mokshagna is also spotted in these pictures.

Recently, Sesh was invited as one of the guests for Nandamuri Balakrishna’s talk show, Unstoppable with NBK on Aha Video. On the other hand, Nani also shares a great rapport with Balayya Babu as the Natural Star played Balayya’s fan in the film Krishna Gadi Veera Prema Gaadha.

With Balakrishna’s encouragement, the film will definitely gain more reach. As of now, HIT 2 is performing extremely well at the box office.