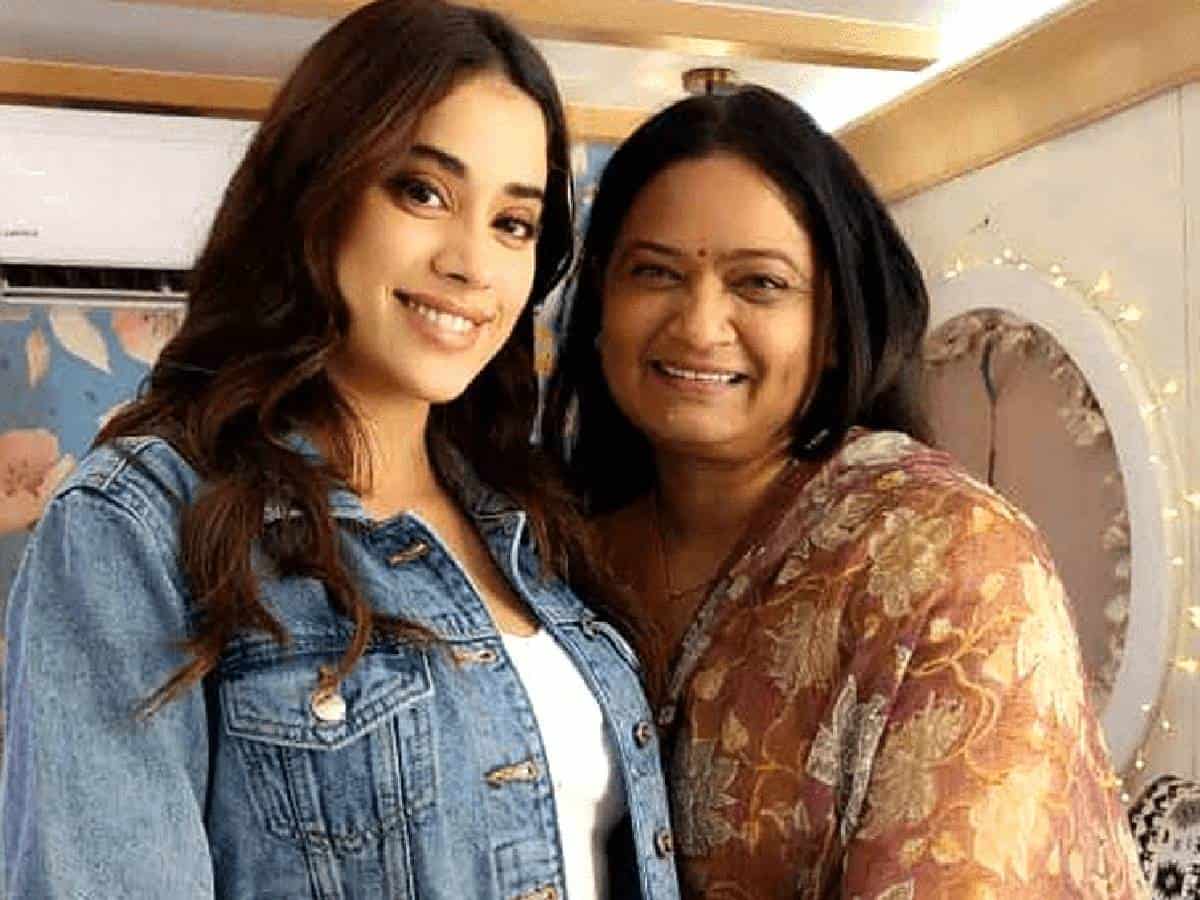 Vijay Deverakonda is one of the most wanted actors in the country right now. The actor enjoys an equal craze in both South and North India. Earlier, there were speculations that Vijay was dating Jahnvi Kapoor, but the duo never officially reacted to them. Now, a picture of Jahnvi is going viral on social media, in which she posed with Vijay’s mother.

Jahnvi Kapoor has revealed many times that she admires Vijay Deverakonda. She also met Vijay multiple times in Mumbai. The couple even partied together on a couple of instances. She also mentioned that she would love to work with Vijay.

As per the reports in the media, Vijay recently shot an Ad commercial in Mumbai, and Jahnvi also took part in it. During the shoot, Vijay’s mother, Madhavi accompanied the actor, and it is where she reportedly met the Kapoor actress.

The duo posed for camera and it is reported that Jahnvi invited Vijay and his family to her home for lunch. The picture is currently doing rounds on social media.

On the work front, Vijay’s next film is Kushi, in the direction of Shiva Nirvana.