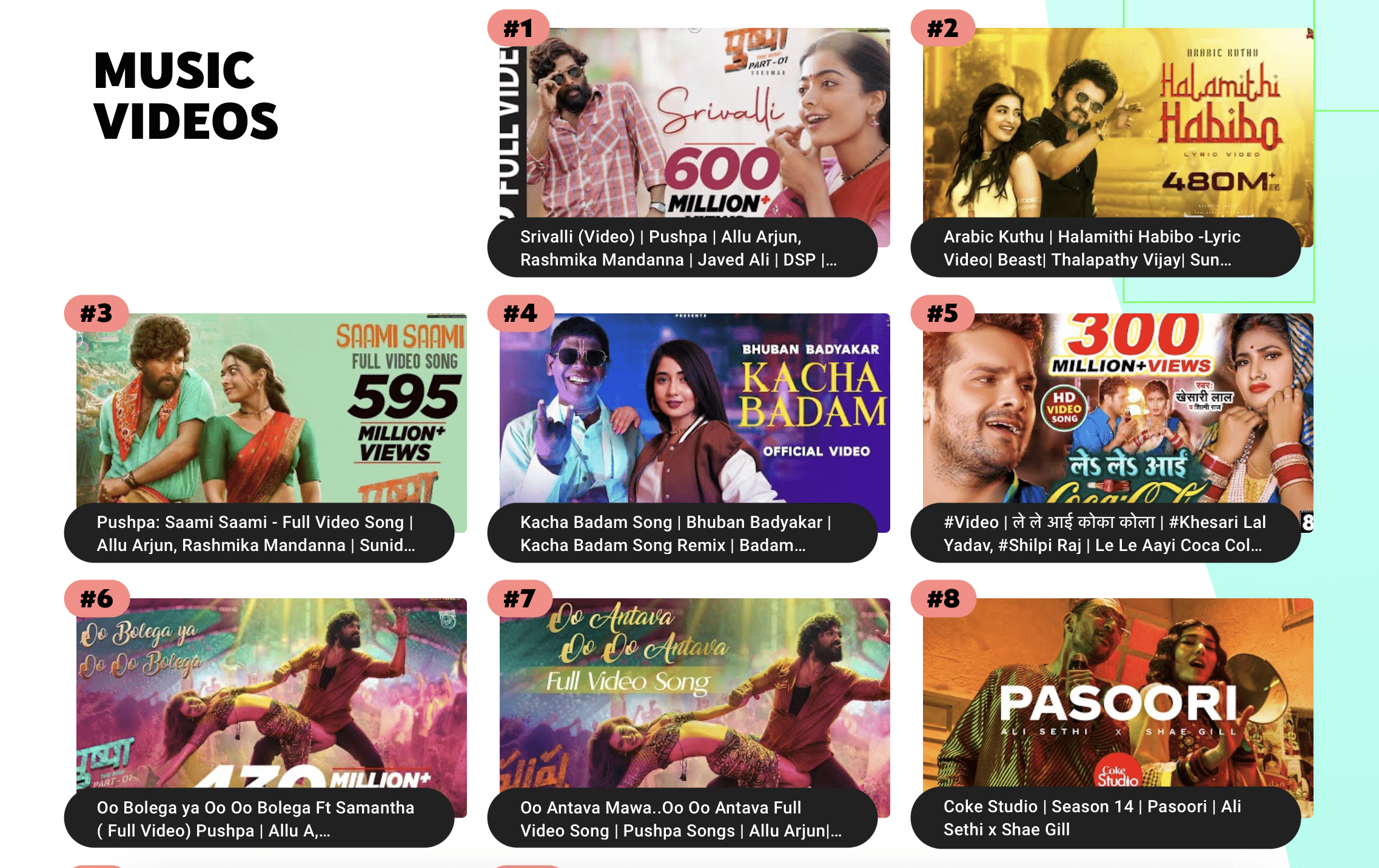 One of the tremendous hits that surprised the box office towards the end of 2021 is none other than Allu Arjun’s Pushpa movie. The movie not only turned out to be a surprising hit at the Bollywood box office with a stunning collection but on a whole, it made Allu Arjun a star across the nation and even brought immense fame to the whole project. And not to forget, the songs have really made this happen in the first place.

When the album of “Pushpa” got released, many trolled ace music composer Devi Sri Prasad for scoring a simple album. But as time passed, songs like Srivalli, Saami Saami, and Oo Antava have stood against time to become all time best hits across the nation. In their annual journal of presenting the best of the year, YouTube has now officially confirmed the same. In the annual list of “2022 A Year On YouTube”, the Indian list featured the 10 best music videos that did exceptionally well on the video streaming site, and Pushpa took many slots.

Surprisingly, there is no single Bollywood song that took place in the Top 10 slots on YouTube for 2022, and that is another shocker for the Hindi circuit.