Pic: RGV At The Feet Of Dangerous Beauty 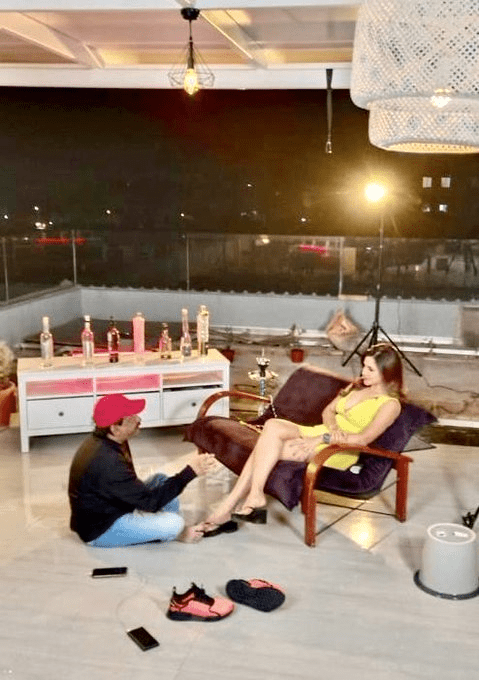 Sensational filmmaker Ram Gopal Varma used to enjoy a great reputation in the film circles. However, in the last decade, he is in the news for everything but not his movies. Now, he shared a couple of pictures which shocked his fans.

Ram Gopal Varma is seen sitting at the feet of Bigg Boss fame Ashu Reddy. He took part in an interview with Ashu Reddy previously which went viral on social media. Now, they are back again with another interview.

As part of the same, RGV is seen sitting at the feet of Ashu while she sat on the couch. RGV captioned the image as, “The DANGEROUS me with the DOUBLE DANGEROUS ASHU REDDY”

RGV is also seen pressing Ashu’s feet in the interview.