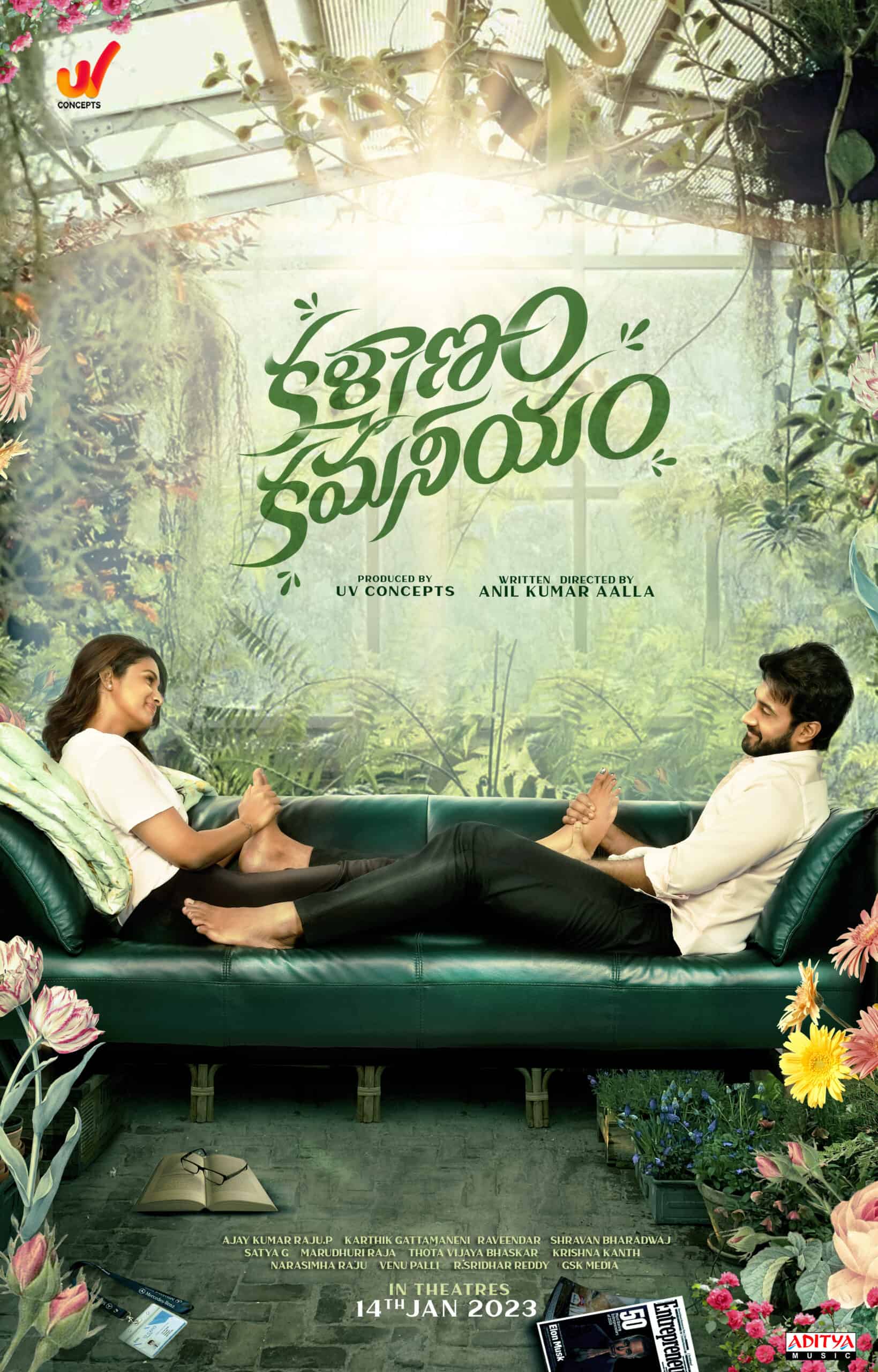 Tollywood is already welcoming Waltair Veerayya and Veera Simha Reddy coming Sankranthi season. There’s a new addition to the list and this film is backed by UV Creations.

UV Concepts, a subsidiary of UV Creations have announced that their upcoming film, Kalyanam Kamaneeyam will be out in theaters from the 14th of January.

They’ve also released the first look poster and motion poster of the film and we get a glimpse of Santhosh Soban and Priya Bhavani Shankar in the same. They are seen holding each other’s feet as they glance at each other lovingly.

The poster also confirms that the film will be releasing on the 14th of January, making it a new entry for the Sankranthi season. The film is directed by Anil Kumar Alla and produced by UV Concepts.