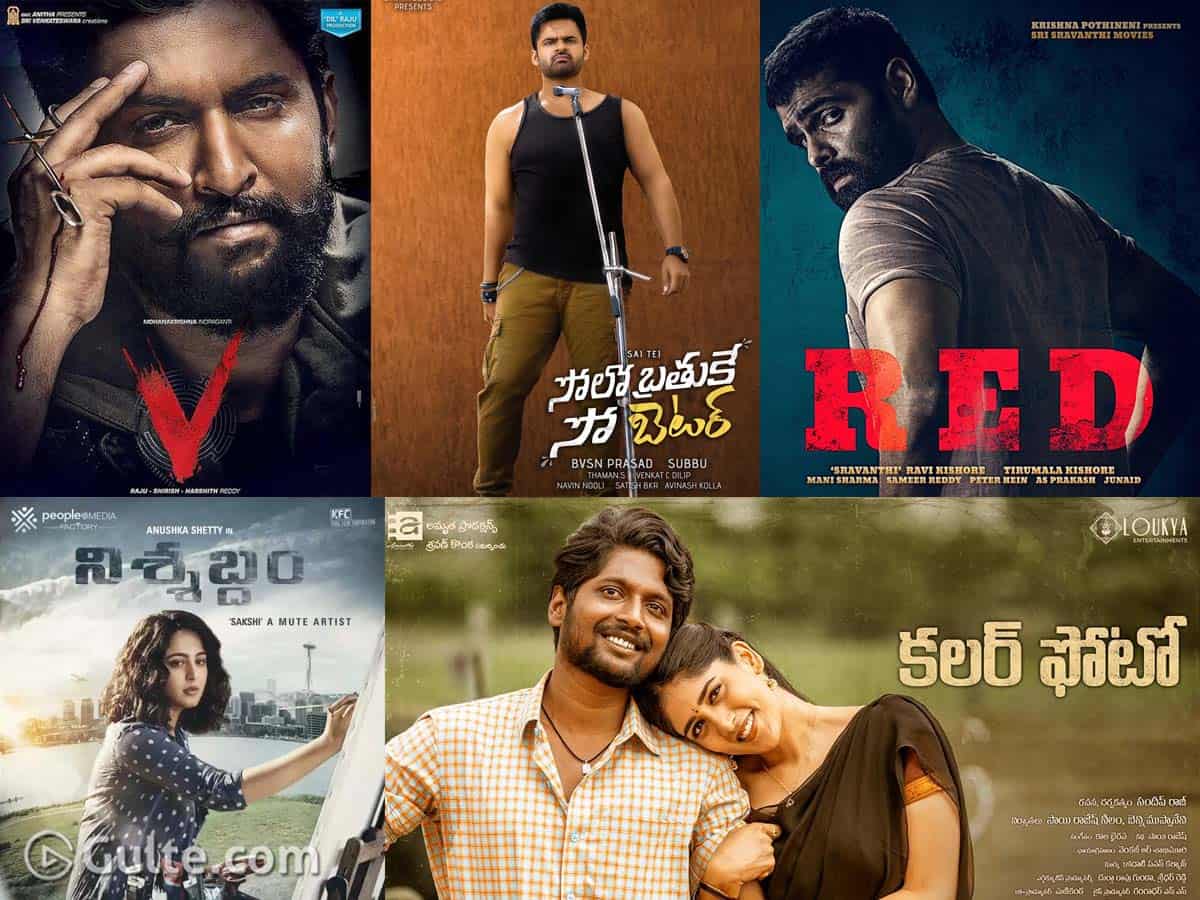 With Nani taking the first step, and of course, Satyadev’s Umamaheswara Ugraroopasya also gets the credit, now many films are heading for an OTT release pretty smoothly. While some are making noise, some films are not even making any noise about their digital premiere.

Firstly we have Nani’s V coming up on Amazon Prime Video on September 5th. This is the first ever Telugu biggie that headed for a direct Telugu release. And then, we have Sai dharam Tej’s Solo Brathuke So Betteru which might be hitting Zee5 very soon, mostly in October. In around same time, Ram’s RED might come up on Disney Hotstar while Anushka’s Nishabdam may release on Netflix. Similarly, some other films like Color Photo are going for a digital release, as this film is picked by Aha, and will also get streamed on Netflix as well.

Compared to Bollywood, the number of Telugu films going for a digital release is pretty low though we have many unreleased and almost readied films in hand. The likes of Raviteja’s Krack and other movies have decided to wait, even it it is more than a year, such that they could rake up huge revenues rather falling for the shots called by OTT players.