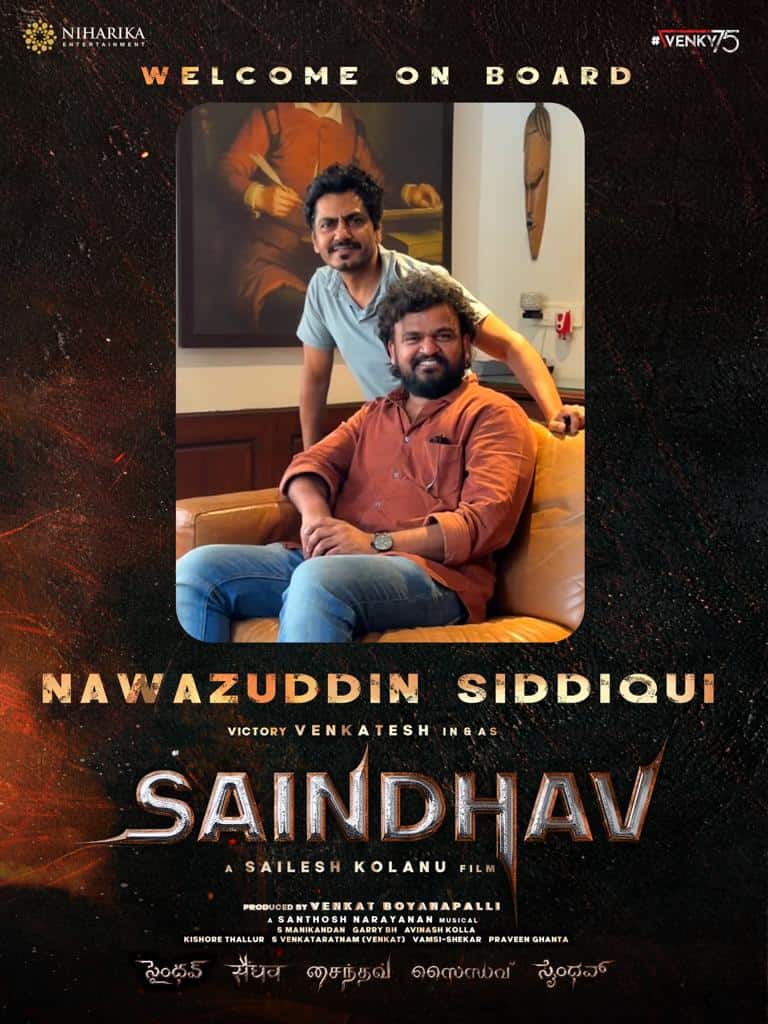 Venkatesh’s 75th film to be directed by Sailesh Kolanu is titled Saindhav and the makers released a glimpse yesterday. Showed Venkatesh in a badass avatar, the video received a terrific response from all corners. Here’s an interesting tidbit about the movie which will have its grand launching ceremony today.

Bollywood actor Nawazuddin Siddiqui who is known for playing challenging roles signed to play an important role in Saindhav. The makers announced the news on the eve of Republic Day. It is also heard that Nawazuddin will be essaying a lengthy role.

Nawazuddin Siddiqui who appeared in the Tamil movie Petta (Peta in Telugu) is debuting in Tollywood with Saindhav. Telugu audience will have a blast witnessing the powerful show of two brilliant actors on screen.