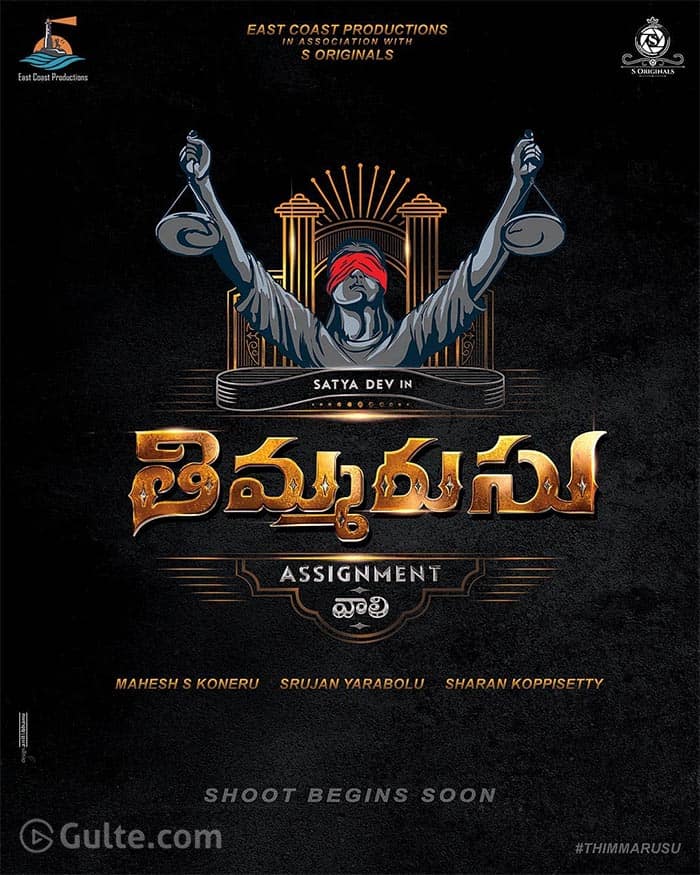 Actor Satya Dev is on a roll even in these testing times. In the lockdown he got two releases but on OTT platforms and now Satya Dev has signed a new film. Along with the announcement, the title and poster are also revealed.

Titled ‘Thimmarusu’ the poster has the lady of justice but her eyes were tied with red cloth instead. But below the title, ‘Assignment –Vaali’ is written which remains a mystery for now. Sharan Koppishetty who last directed Nikhil’s ‘Kirrak Party’ will be directing this movie which is about a cool dude with a big heart and the courage to fight for what is right!

The regular shooting of this film would kick-start soon.