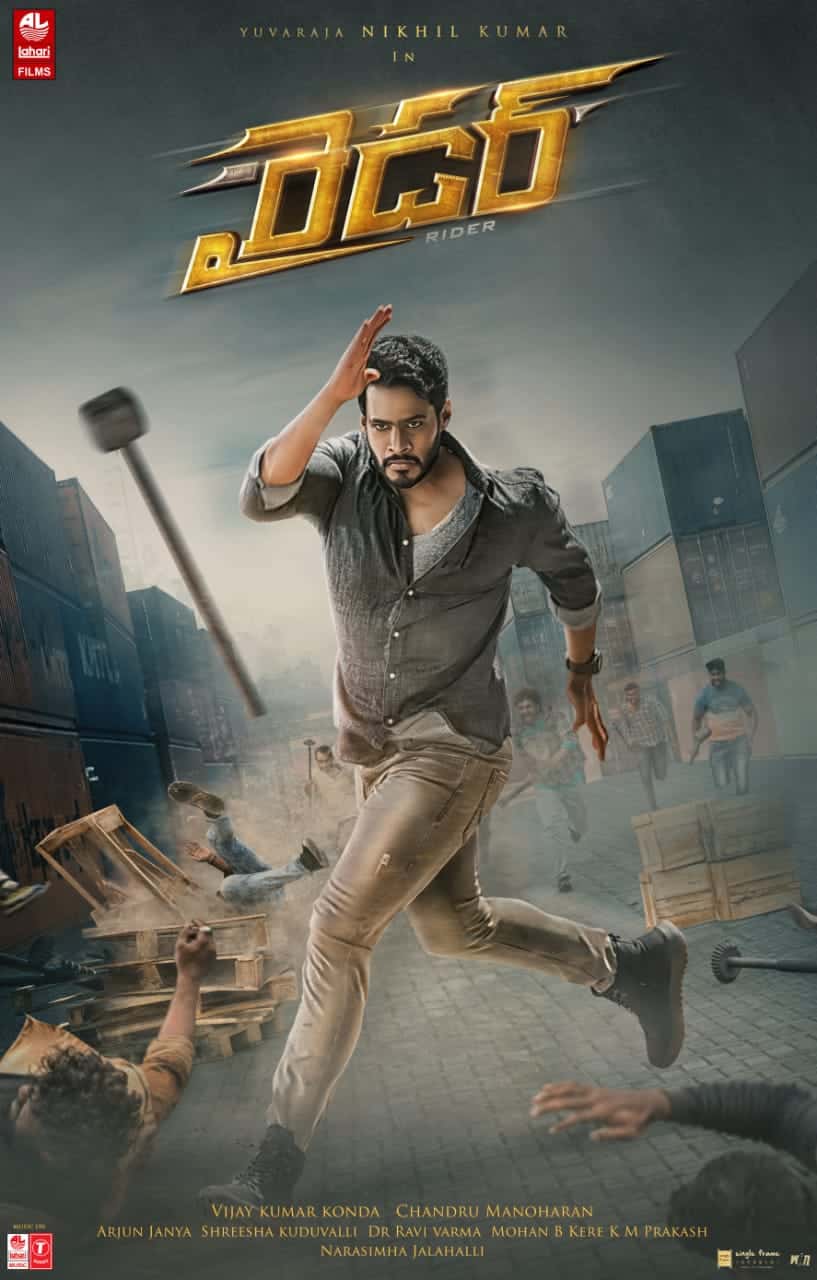 Nikhil who made his debut with Jaguar is presently working with director Vijay Kumar Konda for a sports drama film titled Rider where he is romancing Kashmira Pardeshi. First look as well as motion poster of the film is out now.

In the first look poster, Nikhil appears intense. Apparently, it is from an action sequence. Coming to motion poster, a basketball court is what we see initially, then Nikhil is seen fighting with batch of rowdies.

Top music brand Lahari Music is producing the film, while Arjun Janya is rendering tunes for the film. Rider is a bilingual in Telugu and Kannada.