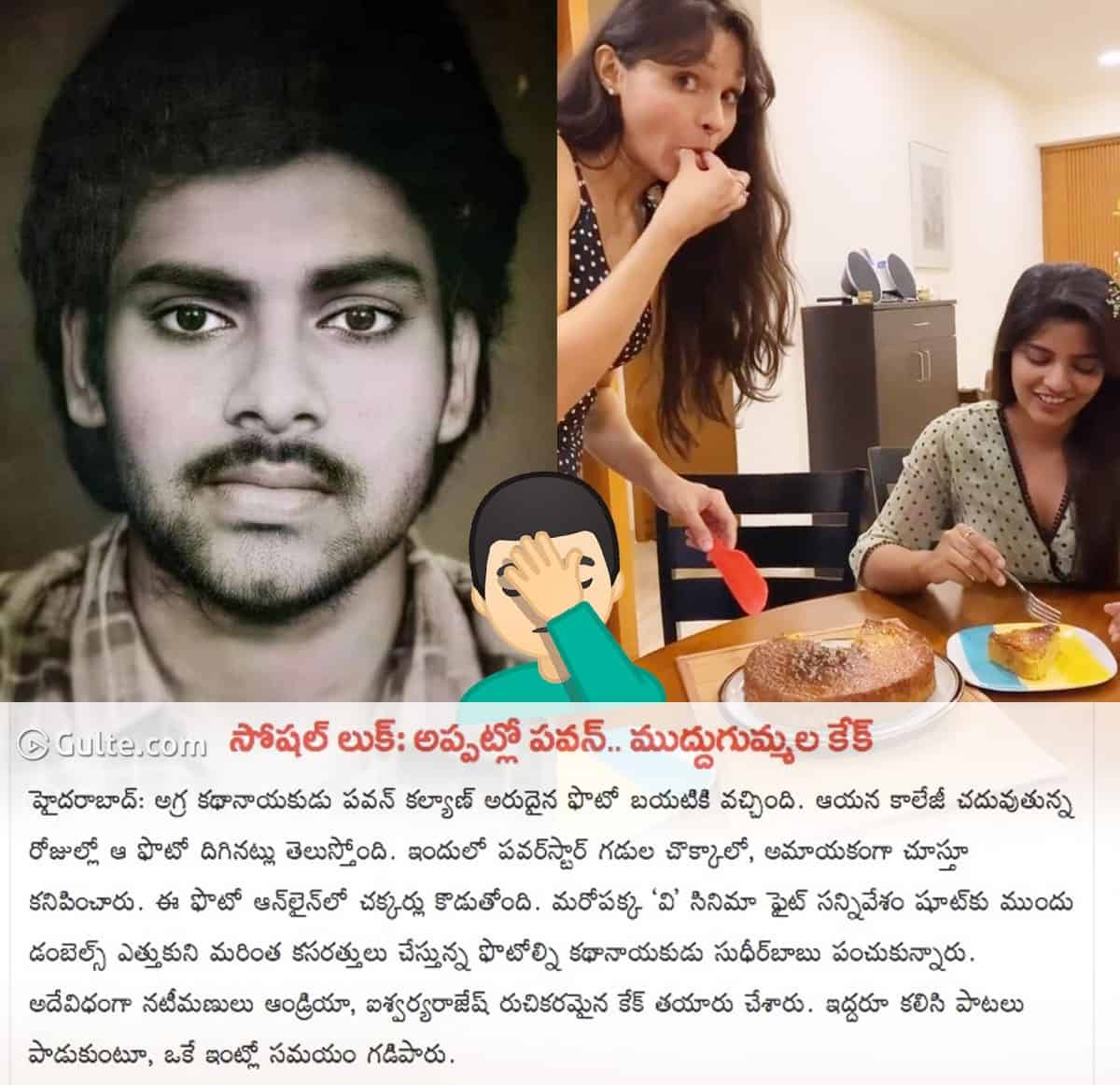 Looking at that title, “Appatlo Pawan… Muddugummala Cake”, many will surely feel that maybe the article is about a cake made by few beauties and also involves Pawan Kalyan in that. Maybe he’s eating that cake, or simply spending time with those hotties during cake baking, like that. But frankly speaking, this ‘stupid’ heading doesn’t mean that.

A leading Telugu daily that is trying to expand its footprint on the internet is coming up with quick digital stories these days. Apparently this heading of them has stunned everyone other day, as they never expected such misleading and cheap headings from such a dignified media house that is known for teaching ‘Telugu’ to the Telugu people. So what’s the heading all about?

Apparently the heading is about two different news doing rounds on the internet. One is about an old black and white photo of Pawan Kalyan that is being circulated on Twitter by his fans. And the second part of the heading is about singer-actress Andrea Jeremiah’s video shared by her other day, where she is actually baking a cake with another actress Aishwarya Rajesh.

Misleading and crazy headings are not new to the web world, but people won’t expect the same from this Telugu titan. That’s an epic #FacePalm moment for the fans of this new outlet and especially for Telugu language fans.