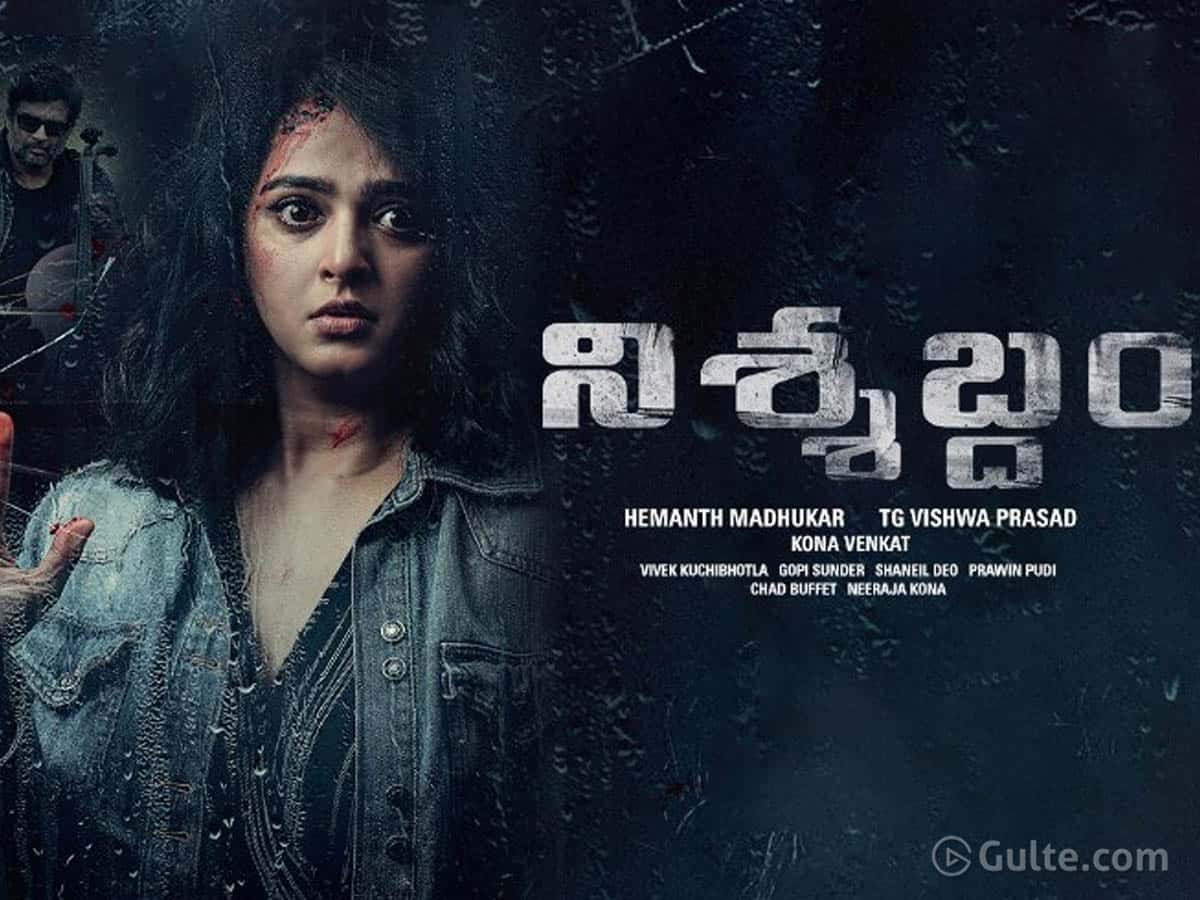 Anushka Shetty’s Nishabdam has been in the news for a while now. After a lot of dilemma and confusion surrounding its OTT release, finally the makers have agreed to release the gripping thriller through OTT platform. As per latest buzz, Nishabdam is going to release on October 2nd on Amazon Prime. Producers of Nishabdam are going to sign the deal with Amazon tomorrow. Once the deal is struck, the makers are going to make a formal announcement.

As the film is sold on Anushka Shetty’s image, Anushka is likely to promote the film at her best. The thriller directed by Hemant Madhukar has Madhavan in a prominent role.

It’s learnt that Anushka will be seen as Sakshi, a mute artist, who would remain silent throughout the first half of the film. The twist unravels in the interval. Post that, Sonali (Shalini Pandey) becomes the voice for Sakshi (Anushka Shetty). What is the twist and what forms next is the crux of the story. Madhavan plays the role of Anthony, a celebrity musician. Let’s wait and watch for Oct 2nd, to know what is in store for Nishabdam.