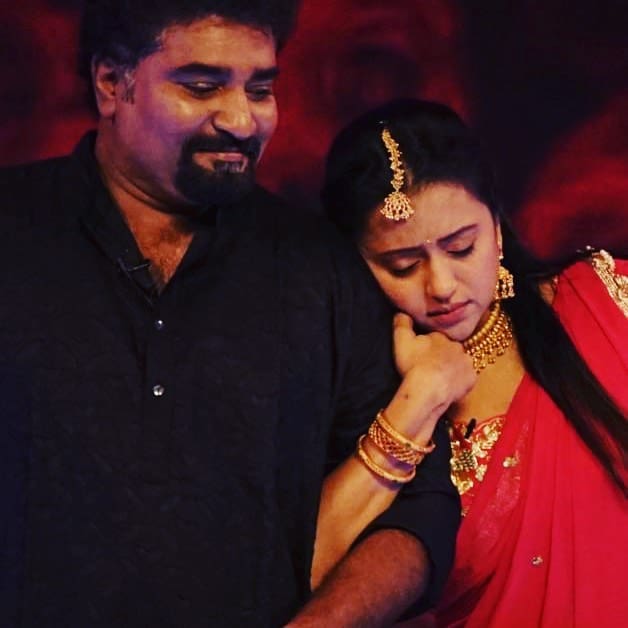 One of the super popular anchor and TV show host of Telugu Film Industry is none other than Suma Kanakala. Recently reports started doing rounds that she separated from her husband Rajeev Kanakala, and that broke many hearts.

Both Suma and Rajeev worked for TV, and their love story started back in the 90s. Since then they were always seen as a super couple who work together and collectively carved some terrific careers in the film industry. But then rumours started popping up during the lockdown that Suma filed for a divorce and their breakup will be official very soon.

But then, exactly a month ago, Rajeev Kanakala rubbished off all the rumours in a simple way after he shared a picture from the birthday evening of his mother in law Vimala (Suma’s mother). And now, Suma also shared a picture of her with Rajeev to slam all the rumour mongers. And that chemistry they have showcased in the picture in what appears like a recent shot is worth talking about.

Might be the top rated and top earning anchor has decided to give a single and final shot to the rumours as they are refusing to die down.