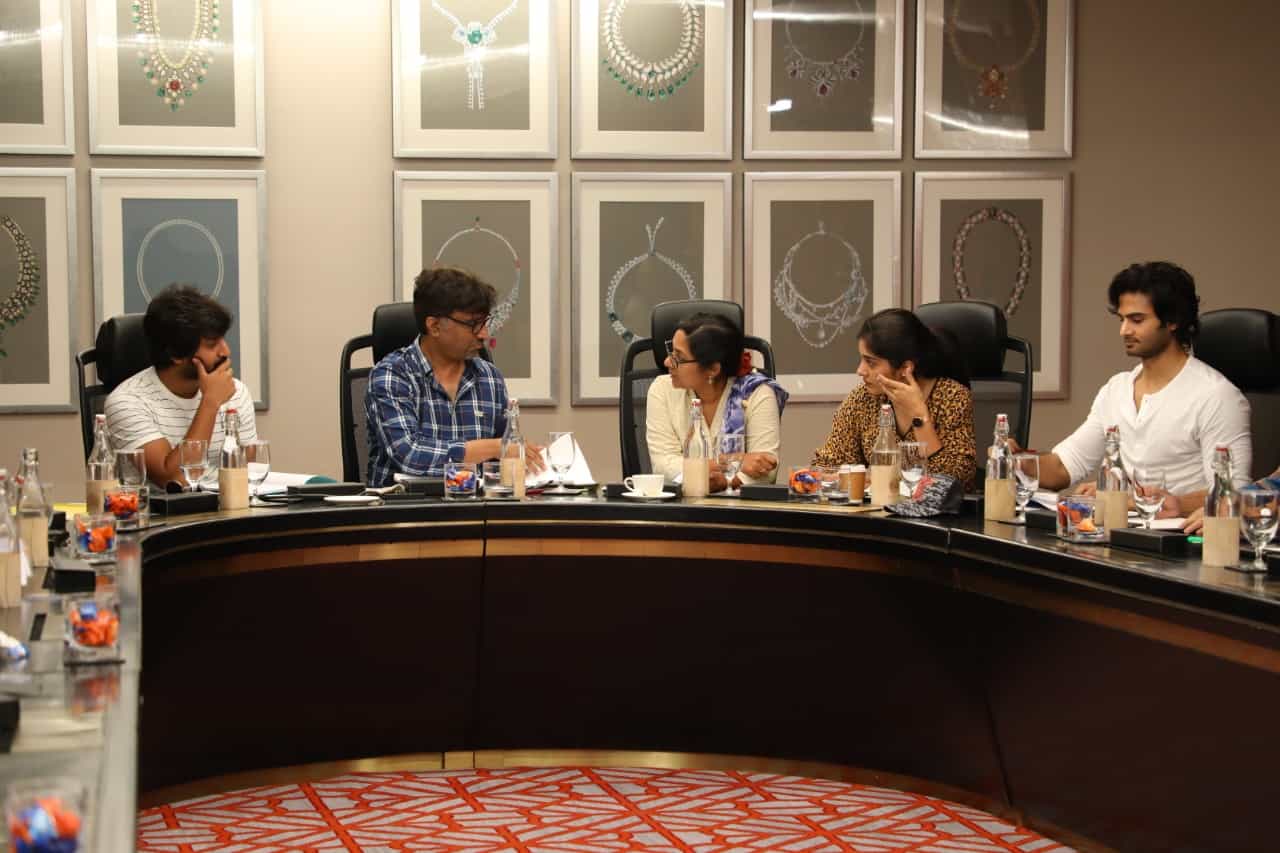 Sometimes it is better to not extend the public opinion and criticise it. And one of the big films that got trolled mercilessly by netizens in recent times after Sadak 2 is none other than Nani’s V movie. The film’s routine plot, offering nothing exciting and enticing to the audiences, has taken a hit from the public as they vented out their frustrations on social media.

Though director Indraganti Mohan Krishna got irked with the criticism, and Nani kept silent about the reviews, somehow the promotions of the film took place as the actors made many contests and posts about the film on their social media pages. And now, the ‘script reading session’ photos of V-team got released. Guess what, why would trollers not make the most of this material?

Apparently some users commented, “Didn’t you got clarity after reading the script that many times, with all the actors?”. Another one posted: “When there is no script at all, what have you read in that session?”. And the comments kept flowing from all the corners, making a mockery of the pictures.

While the pictures are released just like that or with an intention to promote the film, maybe it is better to not extend the promotions this way. Otherwise, the criticism will be more.