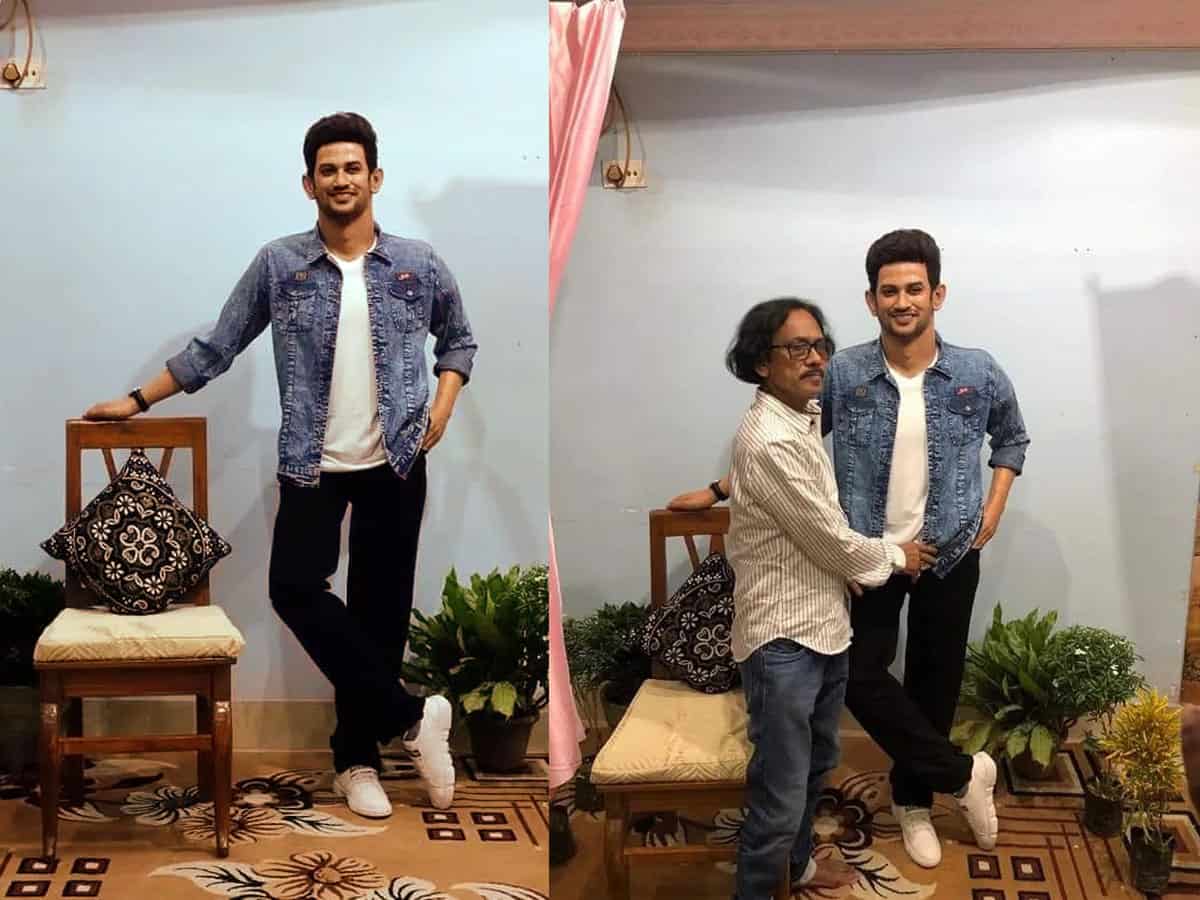 It is already known that more than 50 thousand people have signed a petition demanding a wax statue of Sushant Singh Rajput to be installed at Madame Tussauds London, so as to keep the memory of Sushant Singh alive.

While there is no update on that petition so far, here is the first statue of Sushant Singh inaugurated in Asansol in West Bengal today. The statue was inaugurated today along with the sculptor himself posing with it.

Well, many left their comments on the pictures in social media, saying that it does not even look like Sushant and the maker should have taken time instead of rushing. While there are others who rubbish the act to build a statue in a hurry as just the garner the fame using the late actor’s name.

Sushant’s death case is still being investigated upon, while the CBI, Narcotics Bureau, and Enforcement directorate had been questioning many people regarding the same. The latest we hear is that arrested actress Rhea Chakraborty revealed another actress’s name who attended the Chichhore part where the drugs were allegedly taken by many.