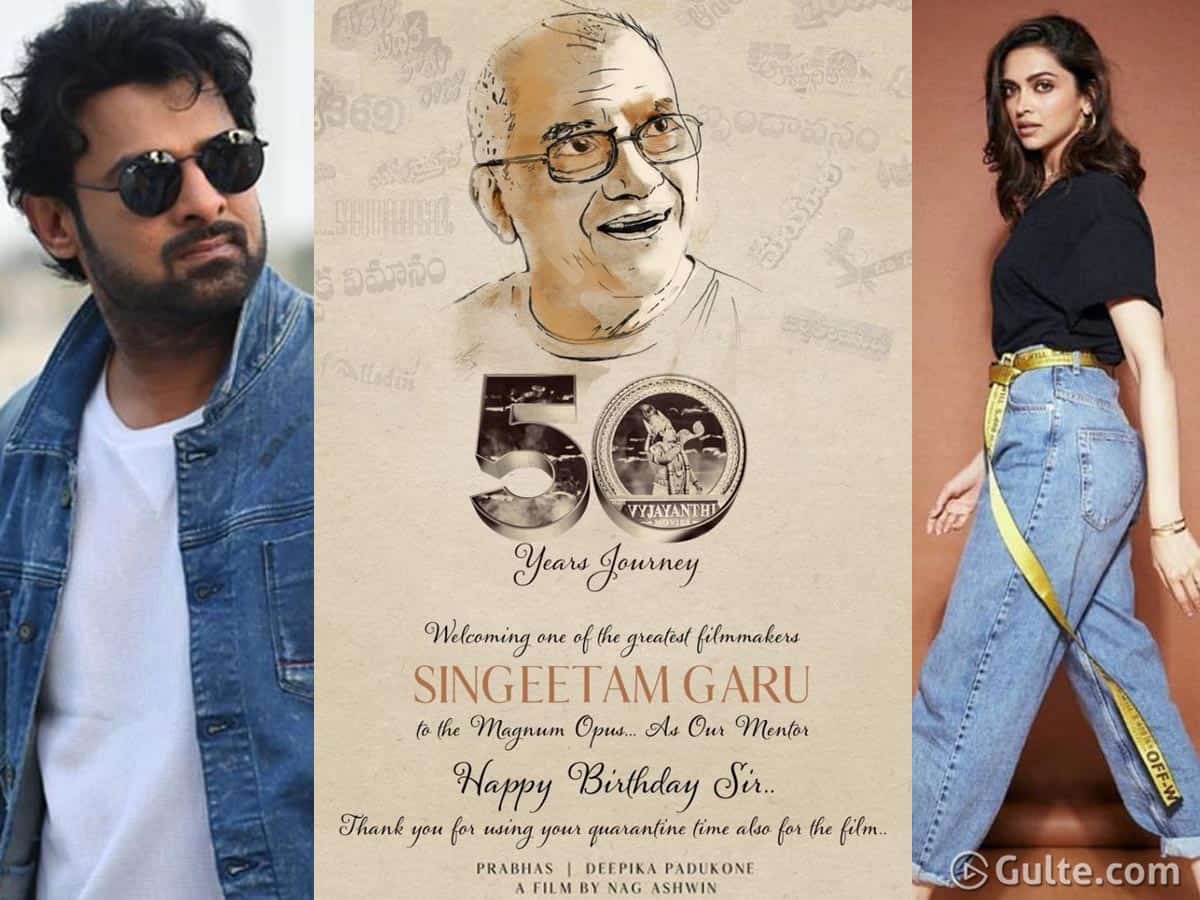 If we have to talk about one star hero who has films in the offing across various industries, he is definitely none other than ‘Baahubali’ Prabhas. And he has an interesting lineup of movies including Radheshyam, Nag Ashwin’s movie and Aadipurush as well.

Today on the eve of director Singeetham Srinivas Rao’s birthday, the makers of the movie #Prabhas21 have come up with a poster, wishing the legendary director, and that confirmed us three things which are being speculated.

Ever since this Bollywood hottie got hurt for calling the film as just #Prabhas21, the makers stopped calling the project as #Prabhas21 and then included the name of Deepika Padukone as well in the promotional material. They are now calling it ‘Prabhas and Deepika’ film.

With these two things giving an indirect clarity to Prabhas fans, surely they are going to get lots of fodder to discuss for the coming weeks.