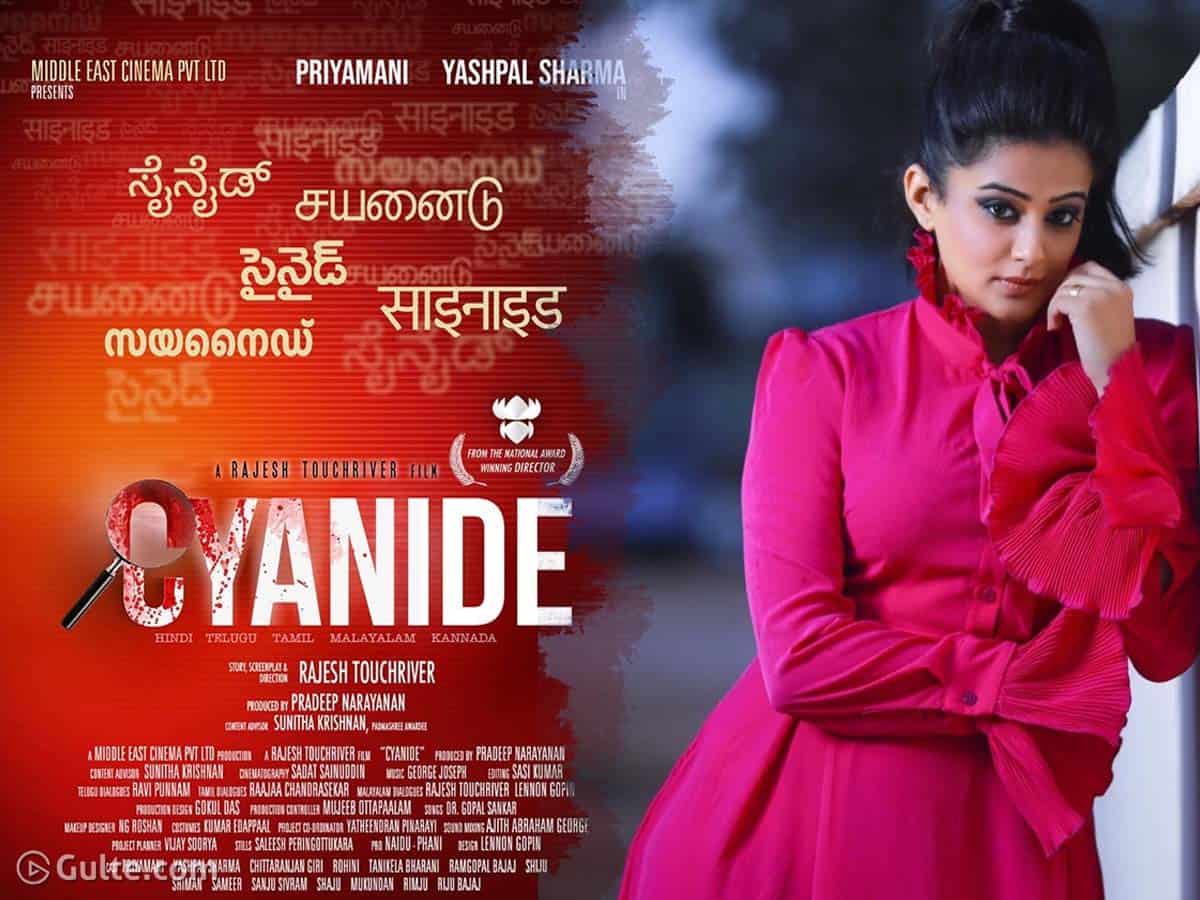 In recent times, south filmmakers who have universal appealing content with them are venturing into pan-India projects. By doing so, the south Indian film industry has attracted a new market in the country and taking this opportunity, the big heroes from the respective industries are willing to do pan-India films.

Now an actress has joined the bandwagon and she is Priyamani. She will be seen in a film titled ‘CYANIDE.’ This film is inspired by a true crime event and a person who is called ‘CYANIDE Mohan.’ He is a serial killer who killed 20 women. He would marry women with low financial status and then kill them by giving cyanide pills. In December 2013, Cyanide Mohan was sentenced to death by a court.

This case has attracted the nation’s attention then and it was a sensation. Based on this, Priyamani’s film is titled ‘Cyanide’ and it will be directed by award winning director Rajesh Touchriver.

The regular shooting will kick-start from January and being a pan-India project, the makers are considering to rope in actors from other industries too.