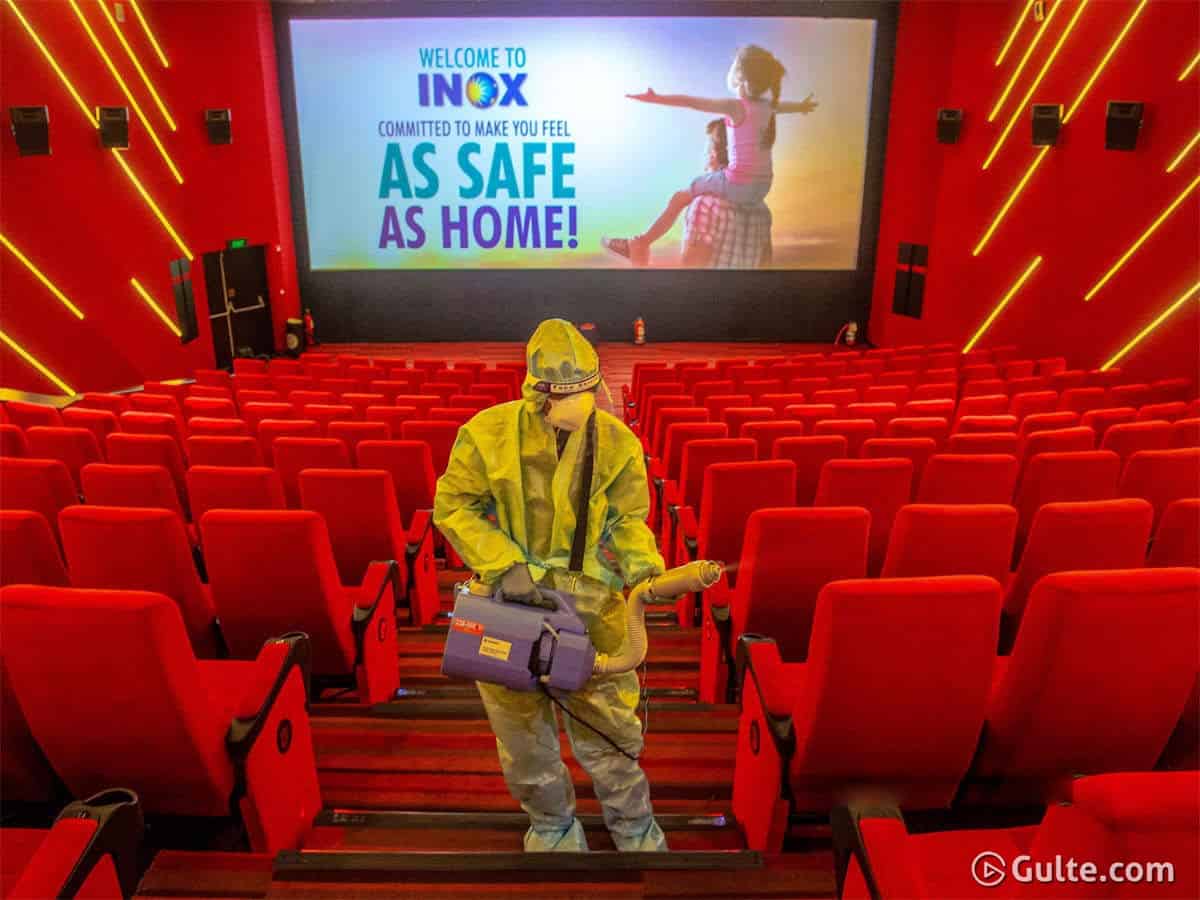 The filmmakers waited long for theaters to open and finally it is happening in Unlock 5.0. The government is allowing the theaters to open from October 15 and as per the standard operating procedure, there will be 50 percent occupancy allowed. While there began celebrations that movies will be played in theaters like before and the half occupancy is better than nothing, the practicality says it is not worth celebrating.

The producers who analyzed the practical possibility and viability of releasing a movie in theaters with Unlock 5.0 are not happy with their movies releasing in theaters now. Instead, they want to wait for theaters to open for full capacity. The reason behind this seems to be very reasonable.

If the theaters open with half capacity, the ticket prices should be double to balance the monies lost with the empty seats. As the government is not allowing to hike the prices, the old ticket rates with a half theater filled won’t probably earn the theater rents and maintenance.

With the shutdown from the last few months, the theater owners are not ready to cut down their rents, and asking them about it is the last thing on producers’ and distributors’ minds. If the movie is released with the full rent and half-filled theater, it is definitely not viable for the producer or distributor with half of the gross collections. And so for this, the distributor may want to offer only half price for what the producer is asking. Again, the usual question comes up about what if the expected audience won’t turn up to even fill the theater for allowed capacity?

With all this unwanted hustle and risk, the producers are much inclined towards OTT releases as of now. Some producers are heard to be in plans of releasing the OTT-released movies in theaters, only to see the footfall. On the other side, there are some big-ticket producers who are very hopeful of seeing the theaters fully open by Sankranthi and release their films like every year from then.