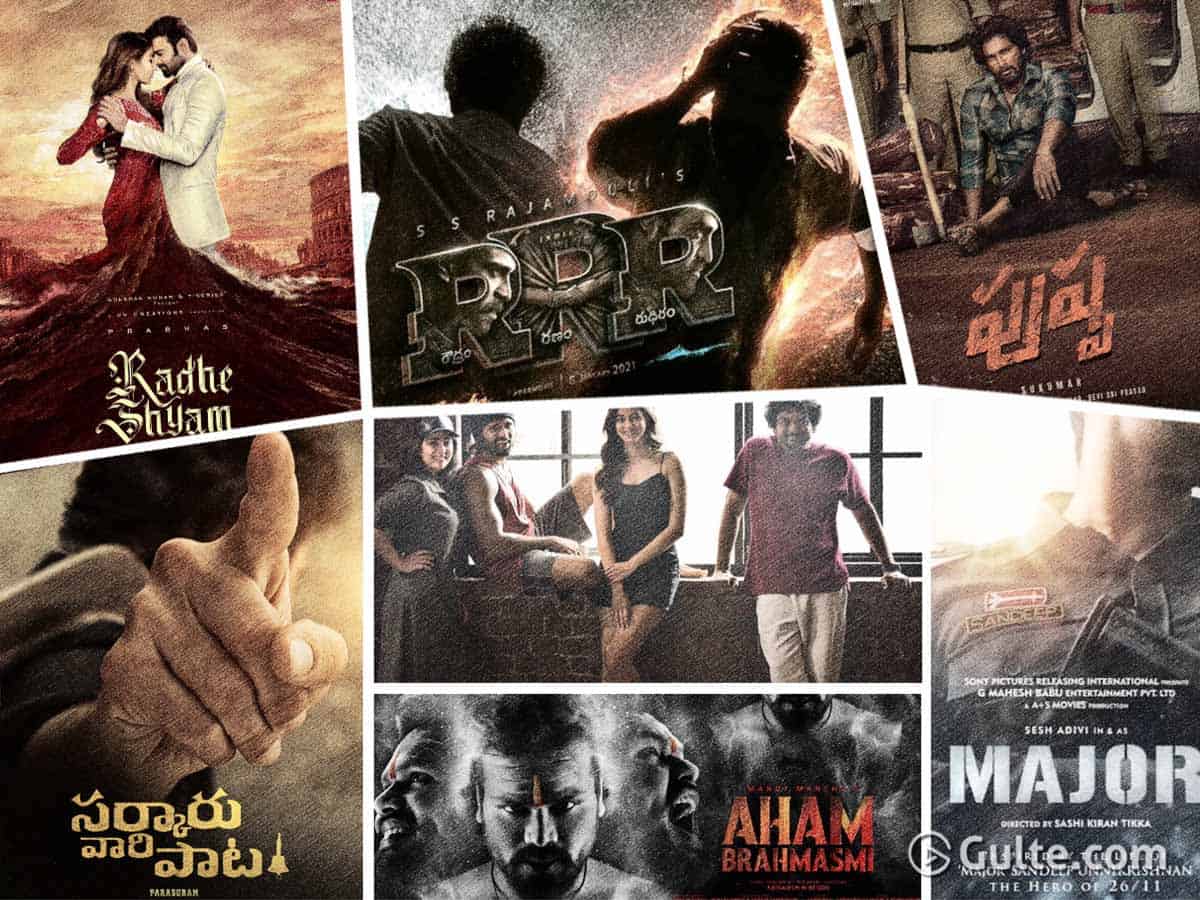 The super success of Baahubali has ensured that Telugu filmmakers will now focus on making their films dubbed (or shot) in multiple languages such that they could have wide-release and a big possibility of easily recovering the investments. And if we look at the list of films coming up, definitely you will be struck in awe.

The whole of Prabhas’ films including Radhesyam, Adipurush and Nag Ashwin’s sci-fi film will be made in Telugu as well as Hindi, and are aiming at a single day release in almost 6-7 languages. Joining the same league is Rajamouli whose #RRR will have a pan-India release. Then comes Allu Arjun’s Pushpa and Koratala’s film, that are likely to target a big release across the nation. Even Mahesh Babu might opt for Hindi release of Sarkaru Vaari Pata, but there is no clarity about it.

Puri Jagan’s Fighter, Adivi Sesh’s Major, Manchu Manoj’s Aham Brahmasmi, Vishnu’s Mosagallu and some other films are also trying to get released in Telugu, Tamil and Hindi, all at once. If we look at other small films as well, there are more than 20 pan-India projects being churned out by Telugu folks now.

But here’s the catch. At a time when direct Telugu releases are not even satisfying Telugu audiences, one wonders if every one of these filmmakers checked their script twice before calling it a pan-India movie is something we have to see.