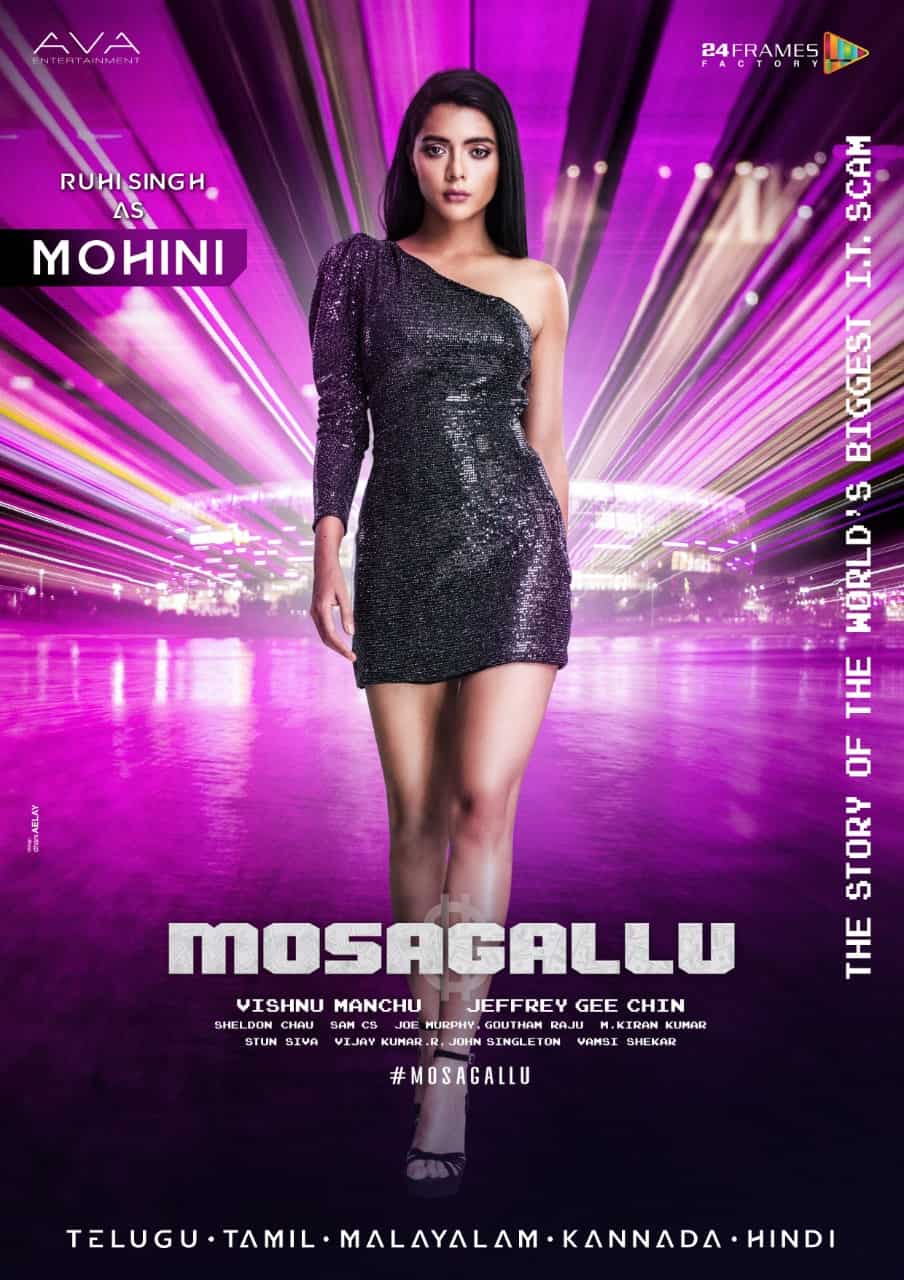 Bollywood actress Ruhi Singh is making her Tollywood debut with Mosagallu where she plays Vishnu Manchu’s lady love. Her first look poster is unveiled today. Going by the poster, she plays a glamorous role as Mohini in the film.

Draped in one shoulder black outfit, Ruhi Singh here is seen posing in the middle of road in USA. She appears like a glamor doll.

Directed by Jeffrey Gee Chin, the film is based on a true story about the biggest IT scam that shook the United States of America.

Mosagallu is a crossover film being made on huge budget. Kajal Aggarwal and Suniel Shetty are the other prominent cast. The film will be released in Hindi and all south Indian languages.